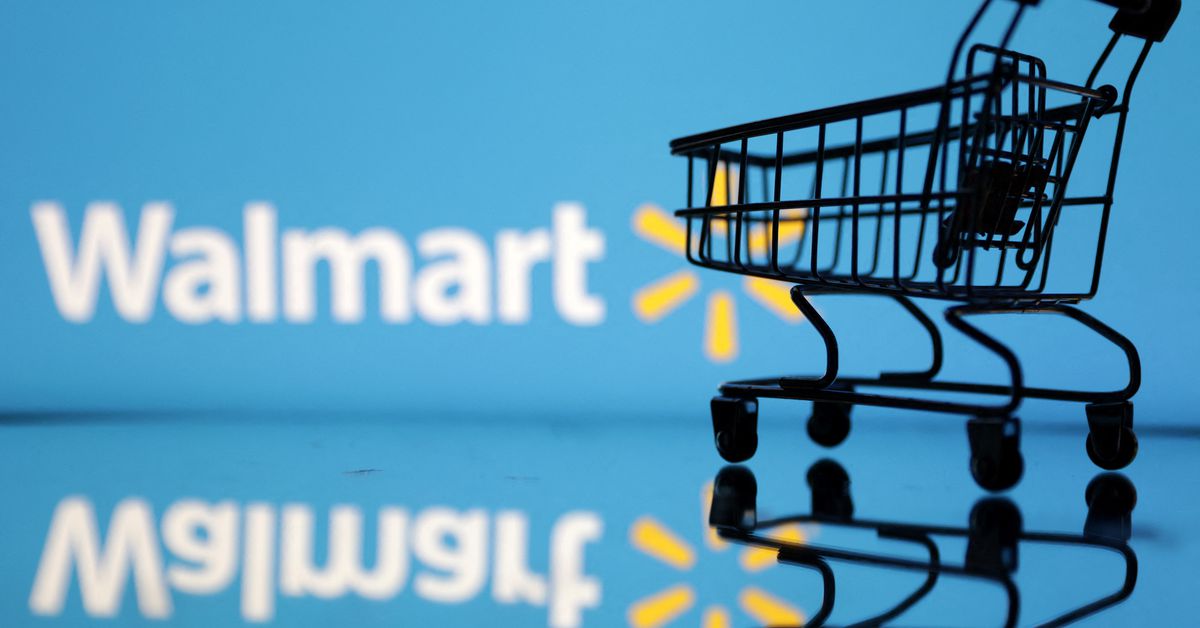 The shopping cart is seen in front of the Walmart logo in this illustration, July 24, 2022. REUTERS/Dado Ruvic/Illustration

NEW YORK, July 25 (Reuters) – Walmart Inc (WMT.N) said on Monday it was cutting its full-year profit forecast, due to higher sales of low-margin food products and price cuts to sell inventory in the United States. .

Shares of the nation’s largest retailer fell 8% in trading after the bell.

“Rising levels of food and fuel inflation are affecting how customers spend…we now expect greater pressure on general merchandise in the second half,” said Doug McMillon, CEO of Walmart.

The company, however, raised its comparable sales forecast for Walmart in the United States, due to double-digit food price inflation, which it said was higher than at the end of last quarter.

It now expects same-store non-fuel sales to grow about 6%, versus its earlier forecast for growth of 4% to 5%.

Reporting by Siddharth Cavale in New York and Deborah Sophia in Bengaluru; Editing by Anil D’Silva and Lisa Shumaker