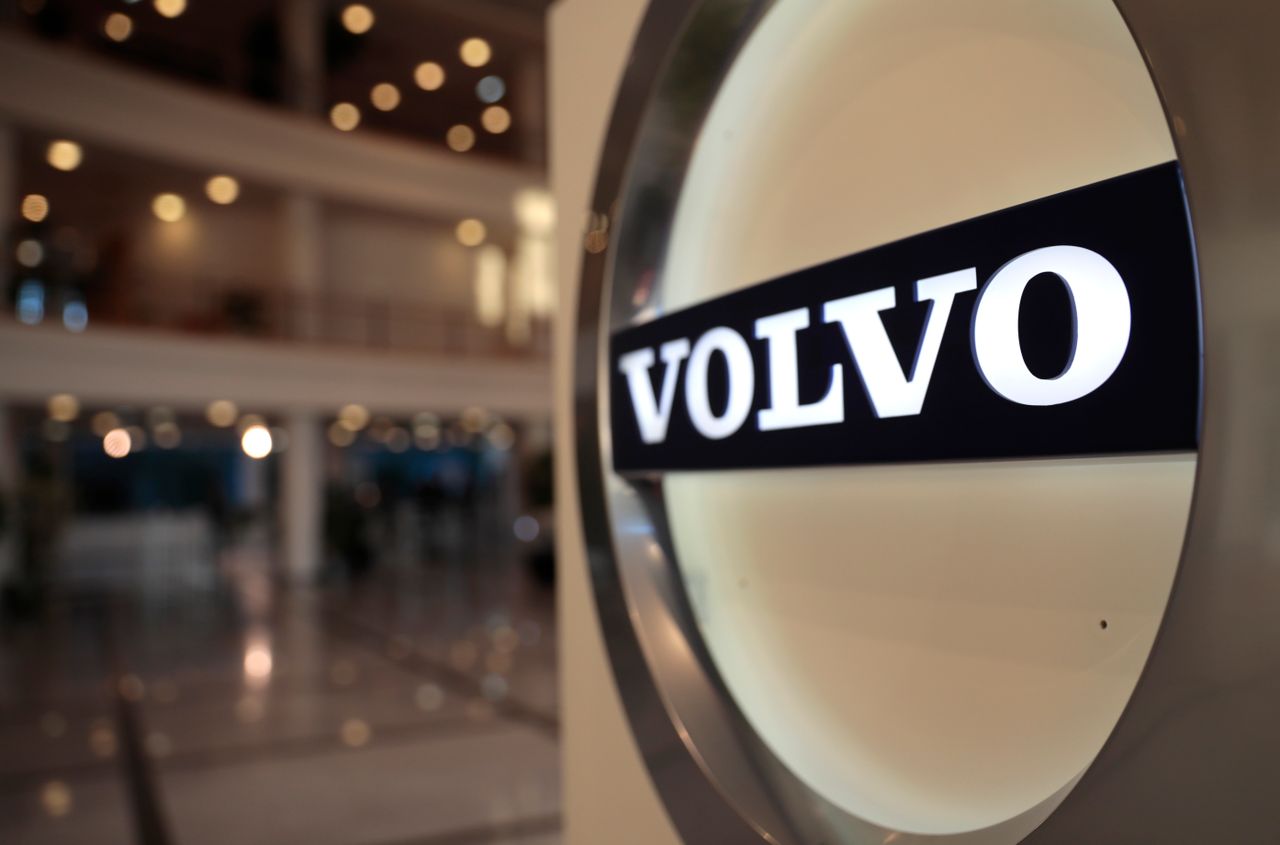 Volvo Group reports second-quarter profits of $ 1.1 billion after telling workers in Virginia they can’t afford to improve wages and benefits

Swedish Volvo Group on Tuesday reported strong profits of more than $ 1 billion for the second quarter of the year. The results report comes shortly after the conclusion of a five-week strike at the conglomerate’s heavy-truck plant in New River Valley in southwest Virginia. Last week, the company, with crucial help from the United Auto Workers union, imposed a six-year contract that drastically increased workers’ health care costs and kept wage increases for many below inflation, among other concessions.

As Volvo and the UAW’s goal was to crush the opposition by stopping the strike and enforcing the contract, workers returned to the factory in an angry and provocative mood, telling the World Socialist Website that production has only progressed hesitantly since Monday.

In its income statement, Volvo reported adjusted operating profit of around $ 1.12 billion (SEK 9.7 billion), a key measure of corporate profits, from April to June. Combined with its first quarter results, the company took in about $ 2.5 billion in profits for the first six months of the year.

The company also reported a second quarter operating margin of 10.7 percent, near the high end for the auto manufacturing industry, although down from the peak of 12.6 percent of the first trimester.

The response from analysts at some giant banking companies was nonetheless still favorable, with a research note from JP Morgan stating: “Volvo has printed a good set of results, slightly below street estimates.”

Revenue also increased substantially, with net sales for the quarter of approximately $ 10.4 billion, an increase of 43% over the same period last year including the sale. by Volvo of UD trucks based in Japan. But despite sales and profit growth from the second quarter of 2020, which was at the very onset of the pandemic and widespread economic disruption, the numbers remained down from two years ago, when Volvo said approximately $ 13.9 billion in sales and $ 1.7 billion in adjusted operating income.

CEO Martin Lundstedt, in the company’s earnings report, said that although Volvo has faced “short-term challenges”, it is still “in a position of strength”.

Lundstedt’s assertion of financial strength and Volvo’s $ 1 billion continued earnings contradict the dishonest argument implicitly made by the company and the UAW over the past three months that it has failed There simply wasn’t enough corporate money to meet workers’ demands and reverse the long-term decline in wages and benefits, and workers would in fact have to accept even more sacrifices.

Commenting on the Volvo Profits Report, a senior Volvo employee said: â€œThis will show you that they have a lot of money and that they could easily have paid us what we asked for. They seek out the best investors and piss on the employees. “

In its earnings reports, the company has largely sought to pretend that the strike in New River Valley never happened, referring only to “substantial production shutdowns” due to semiconductor shortages and other “supply chain disruptions”. The strike was only explicitly mentioned once during a conference call with investors on Tuesday, when a Goldman Sachs analyst asked what the profit margins would have been without the walkout, to which Volvo’s chief financial officer, Jan Ytterberg, gave an evasive answer. .

However, the current semiconductor shortage, which has plagued both the auto industry and other global manufacturers, presents a real problem for Volvo and has been the subject of much of Lundstedt’s comments.

â€œThe global supply chain for semiconductors as well as for other components remains unstable and with low visibility,â€ Lundstedt said in a statement accompanying the earnings report. “There will be further disruptions and shutdowns in the production of trucks and other parts of the group in the second half of the year.”

CFO Ytterberg told investors on the call that the current semiconductor shortage and other supply chain challenges mean the company “will need to continue to focus on cost discipline and cash flow prudence in the future “. The attacks contained in the recently imposed contract are therefore seen by its leaders only as the initial offensive in a wider campaign to restructure its operations, imposing on workers the costs of supply chain shortages and transition. towards electric vehicle technologies.

While such “discipline” is relentlessly imposed on workers, it does not extend to Volvo’s treatment of investors, to whom it has paid nearly $ 6 billion in dividends and payments this year. In their view, “cash flow prudence” also does not rule out multi-million dollar salaries for company executives, with CEO Martin Lundstedt receiving around $ 5 million in 2020 compensation.

Volvo has repeatedly sought to reassure investors that it will now attempt to significantly increase production to meet its order book. Lundstedt said “the short-term priorities in all parts of the organization” are to meet demand “as quickly and accurately as possible because order books are full” for the rest of the year.

Like other employers, Volvo is seeking to protect its profits from the impact of the chip shortage by reducing labor costs, restraining wages, shifting healthcare spending more onto workers and increasing generally the exploitation of its workforce. These were the main goals of each of the pro-company contracts promoted by the UAW, and which workers repeatedly rejected, the first two times by 90 percent.

After workers beat a third, essentially identical, tentative agreement by nearly two-thirds on July 9, the UAW announced that Volvo would impose its â€œlast, best and finalâ€ proposal the following week. The union facilitated this blatant corporate strike breaking, forcing a vote on the deal a week ago, which the UAW said dubiously resulted in ratification by just 17 votes.

Summarizing the experience of the struggle, the Volvo Workers’ Grassroots Committee, which led the fight against Volvo and the UAW’s demands for concessions, wrote in a statement on Sunday: â€œThe struggle continues. Opposition and anger will inevitably rekindle as the full reality of this new contract is revealed and the company tries to step up to make up for lost production. “

The grassroots committee is independent from the pro-business UAW, so workers can organize their own struggle.

â€œThe atmosphere is tense. More than 200 people quit yesterday, â€a worker at the New River Valley plant told the WSWS on Tuesday. “Now, not only are they going to have to place people in the vacancies they already held, but Volvo is going to have to replace those who left because they didn’t feel heard.”

Referring to the UAW’s collusion with the company, he said, â€œUAW officials don’t seem to care as much about us as they do grease their pockets. Whatever Volvo sent them, they just accepted and brought it back.

Another worker added, â€œThese bastards are making record profits and making us pay more for our insurance. Once people see what the UAW has given they are going to go crazy. This will happen when they see a doctor for routine treatment and find out that it will cost them an additional $ 1,000.

â€œVolvo wants to increase production, but they’ve pissed people off so much that it’s not going to happen. We worked on donkeys last year to make their money. Nobody is going to take more for the team when the team is against them.

While the working class and large sections of the population have suffered tremendously since the onset of the coronavirus pandemic and accompanying economic crisis, the ruling class has turned the devastation into unprecedented historical wealth, driven by the multibillion dollar bailout. business and stock market inflation conceived in March 2020, supported by all major political parties.

Tuesday the the Wall Street newspaper wrote that there were “growing expectations for corporate earnings” and that investment analysts expected S&P 500 company profits to rise 71% in the second quarter from full year last.

Significantly, the Newspaper said an increase in corporate profits would help maintain current stock prices, which have reached stratospheric levels, and delay growing concerns about a massive financial bubble. The rise in stock prices and the growth of frenzied speculation were largely due to the cheap money policies of the Federal Reserve and other central banks, which applied ultra-low interest rates and d other injections of liquidity into the stock markets.

â€œYou really need the fundamentals, the earnings, to really bounce back, and that’s really what we’re seeing,â€ said Larry Adam, chief investment officer at financial services firm Raymond James, according to the Newspaper. “If you get that momentum, then people worry less about ratings.”

In other words, over-inflated stock prices can only be sustained by a relentless increase in the exploitation of the working class. The battle at Volvo is a sign of the response that workers in the United States and around the world will give to this policy of the ruling class.

Volvo workers can contact the Volvo Workers Core Committee at [email protected] or by text message at (540) 307-0509.