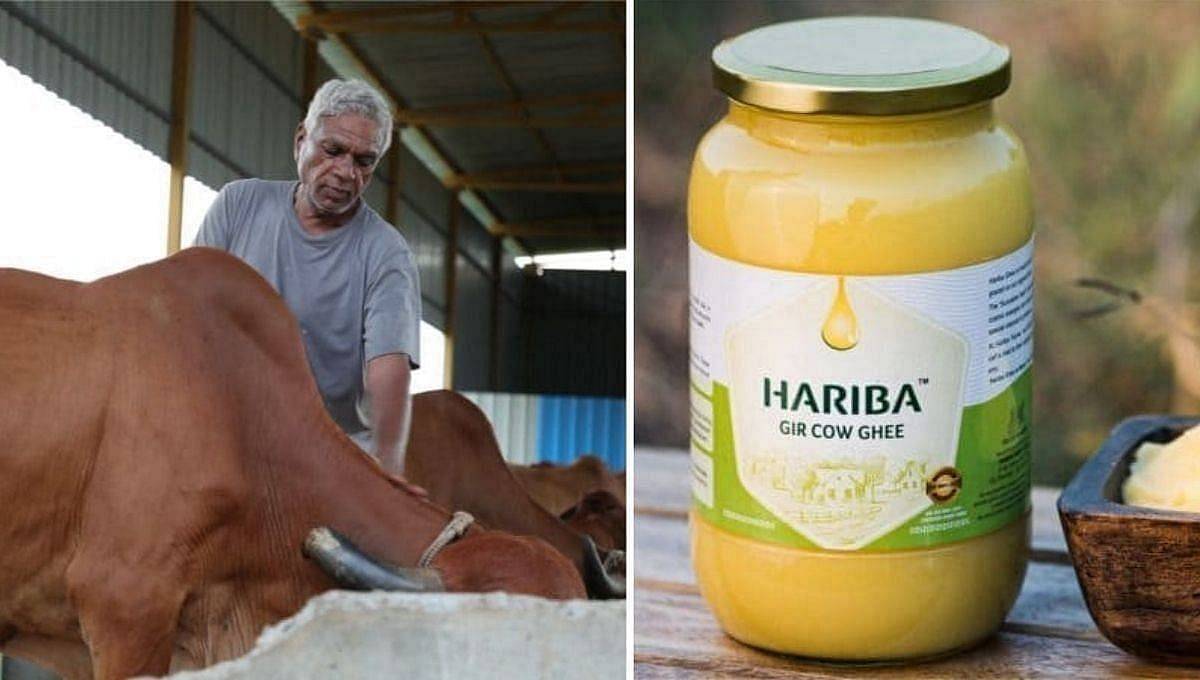 Mehulbhai Sutaria based “Hariba dairy farm” in 2018. The government of Gujarat awarded him the award for best breeding at Taluka level this year. His farm has 72 cattle and generates around 600-700kg of milk each month.

“We did not start this for commercial reasons,” said Mehulbhai, 32 years old, but it was my father’s wish after he retired. Further, our scriptures say that if you can raise cows, you have to start. You can start with a cow if you want to raise 10. We started dairy farming in our village based on this concept.

â€œBefore establishing the dairy farm, I went to the Nesda-Gir â€‹â€‹district and I picked up Gir cows, â€he adds. I have spoken to many experts and done many studies on how to raise cows naturally. This procedure lasted about a year. Then, in 2018, I started my sincere dairy farm. “

How to care for cattle:

Instead of a cement floor, Mehulbhai cows are kept on a dirt floor with a stone-like structure. Instead of using a machine, several locals were hired to extract the milk.

He said that in the Gaushala the soil is replenished three times a year, and 30 bighas land is cultivated for organic fodder for cows. He claims that the calves of cows are fed before milking.

“Initially, we had no intention of making another product for the sole purpose of selling it”, Mehulbhai said when asked what products are created on his farm. However, we finally started making ghee.

Then a close friend asked for candy and ghee in order to give Diwali gifts to his co-workers. Dates and pistachios were used to make desserts. Then, over time, Adia Pak started making and marketing sweets like Mohanthal. “

“Previously, we used products from other companies”, explains Ramesh savani, his client regarding the products, but when we tasted Hariba products for the first time, we absolutely loved it. There is no comparison in terms of flavor or quality. I visited his farm and observed how the cows are cared for. Their cows are in excellent condition. That’s why their dairy products are so good. “

“I love Hariba ghee”, adds Khyati Trivedi, another customer. They not only provide consumers with the highest quality products, but they also always deliver on time. “

A role model for others

Mehulbhai claims to own a textile business in Surat. His company is also present in Singapore and Canada. His main business is textiles, so he doesn’t care about the economic benefits of dairy farming.

Mehulbhai wants to introduce this type of dairy farming to local farmers in order to improve their standard of living. They have also launched a website to make it easier for them.

Although the Mehulbhai dairy farm is only 300 meters from the village, it still has not received electricity as part of the Gram Jyoti Yojana.

They now depend on separate agricultural electricity, which is only accessible for a few hours a day. When the storm hit, the villages received electricity immediately, but the fields did not receive electricity for 45 days. As a result, he had to face many obstacles.

Mehulbhai says her village has a severe water crisis. I built a borehole to acquire cultivable water when I started dairy farming. When the farmers heard about it, they started flocking to the area in search of water.

Seeing the demands of the farmers, Mehulbhai built a reservoir with a capacity of 25000 liters at his expense and hung it on the farm faucet. People could now easily carry water.

At Hariba Dairy Farm, ghee is prepared in the conventional way. This is accomplished by removing the butter without first heating the milk. After that, it is placed in a steel container. The lower part of the pot is made of copper. Ghee is created by reheating manure or firewood over low heat.

Wants to establish a cooperative model of cattle breeders

â€œI want to do something concrete for farmers and ranchers,â€ Mehulbhai finally said. To increase their income, I want to create a cooperative model similar to the Amul firm with the support of my friends. It will start as soon as possible. “

The ghee produced on his farm costs between 500 and 1,800 rupees per kg, the Adia Pak costs 700 rupees per kg and the dried fruit punch costs 1,000 rupees per kg. Visit their website if you want to learn more about their products or make a purchase.