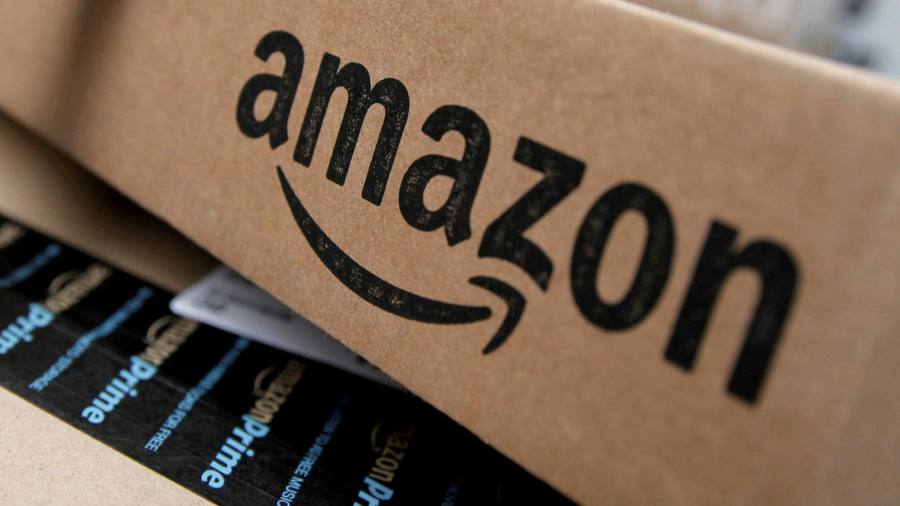 The pandemic dividend fades into a distant memory for e-commerce

Remember the pandemic dividend from the tech industry?

The idea that tech companies would permanently benefit from forced use of their services during lockdown has been a big factor in the latest stage of the tech stock boom. In some corners of the industry, however, hopes for a lasting Covid-19 effect have faded.

Nowhere is this truer than in e-commerce. After the latest blow to tech stocks over the past week, Amazon’s share price has finally fallen back to pre-pandemic levels. Exchange-traded funds that track the e-commerce sector have done even worse: the Amplify Online Retail ETF is 20% below where it was when Covid-19 hit.

What happened to the idea that the new online shopping habits that people were forced to learn during the pandemic would lead to permanent change in consumer behavior? And for that matter, what of the belief that changes in things like working life and home entertainment would permanently increase the fortunes of some tech companies? Shares of video conferencing service Zoom have also returned to where they were at the start of the pandemic, after a frantic run that saw them surge more than fivefold. Shopify, which provided a platform for retailers to turn to online sales in an emergency, is a third smaller than it was before the crisis.

Across the tech industry, companies that have been looking forward to a permanent increase in digital demand are forced to question whether the pandemic has truly lifted their sales to a plateau from which growth will continue at previous rates. There’s even the risk that the crisis will push forward some sales that would have taken place in years to come, leaving an even bigger hangover – something that may have happened in some areas of IT.

Online shoppers have been more than happy to return to the store: while the convenience of buying with the click of a mouse has spawned an army of e-commerce converts, it’s hard to see that in the aggregate data. In the United States, e-commerce grew from 12% to 16% of retail sales in 2020. By the first quarter of this year, however, it had fallen back to 14%, which is roughly in line with the growth trend to long term for the sector before Covid-19.

As the one-time increase in online shopping fades, year-over-year sales comparisons are weighing on this year’s growth numbers. Wall Street expects Amazon’s e-commerce growth to fall below 10%, a far cry from 2020’s 39% growth.

There may still be a small, lasting pandemic effect hidden in these numbers. Jefferies analysts point out that Amazon is expected to end up with a three-year compound growth rate of around 20% for 2020-22, up from the 18% growth reported the year before the crisis, suggesting a minimum increase. .

But as financial and economic conditions change, other factors are quickly taking on much greater importance, making the pandemic a distant memory in markets such as e-commerce.

One is a decline in the valuation multiples that Wall Street is willing to put on tech growth, more than erasing any small uptick in underlying digital demand that might have occurred. Amazon now trades at around 2.1 times revenue, down from 2.8 times revenue at the start of 2020.

How far the multiples will fall is still an open question. After a 10-year bull run, tech stocks were on the rise even before the pandemic hit, so there’s no reason the return to pre-pandemic levels should represent any kind of bottom. .

The other factor is the economy. Convulsions in global supply chains have dampened sales. Rising labor and fuel costs add to the expense of fulfilling online orders. The sudden and sharp change in the outlook for interest rates has raised questions about the continued strength of consumer spending.

The result, for a company like Amazon, is pressure on both sales growth and profit margins. To compound the problem, the e-commerce giant missed its latest investment spree. Wall Street has long been accustomed to spending increases as Amazon adds warehousing and distribution capacity to handle its next stage of growth. But last year’s $61 billion in capital spending — up more than 50% from the previous year — turned out to be a big leap at an inopportune time.

The net result is an expected halving of Amazon’s adjusted operating profit margin, compared to 9.3% last year. Things should improve as the company grows into its higher cost base and year-over-year sales comparisons become less difficult. But by then, the pandemic boom will be a distant memory.