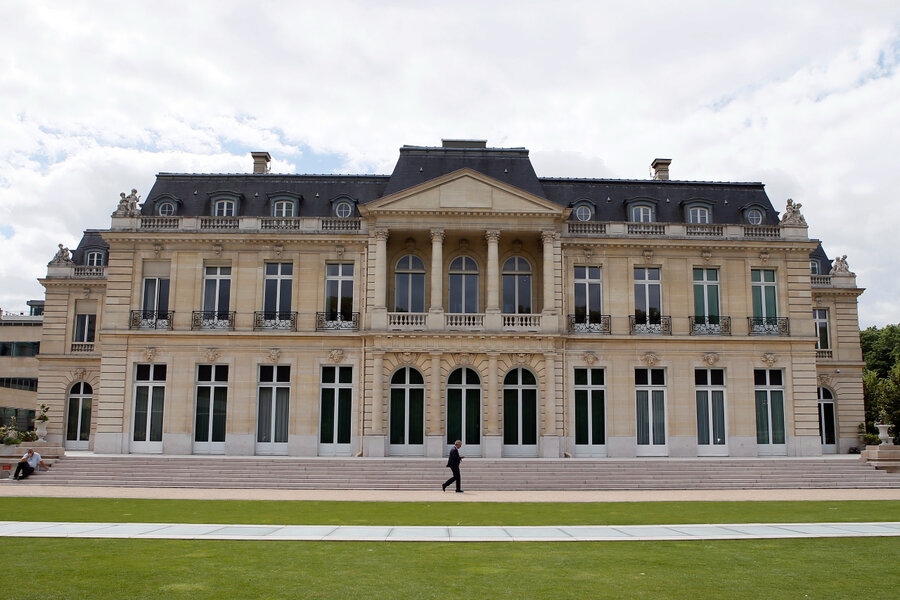 The G20 supports a global minimum corporate tax. How would that work?

Leaders at the Group of 20 summit in Rome express broad support for sweeping changes in the way large global corporations are taxed.

The goal: to dissuade multinationals from hiding their profits in countries where they pay little or no tax – commonly called tax havens.

The proposal was finalized in October among 136 countries and sent to the G-20 for final consideration after complex talks overseen by the Organization for Economic Co-operation and Development. It would update a century of international tax rules to cope with the changes brought about by digitization and globalization.

The most important feature: a global minimum tax of at least 15%, a key initiative pushed by US President Joe Biden. “It’s more than just a tax deal – it’s diplomacy that is reshaping our global economy and serving our people,” Biden tweeted at the summit on Saturday.

Treasury Secretary Janet Yellen said it would end a decades-long ‘race to the bottom’ that has seen corporate tax rates drop as tax havens seek to attract companies that used smart accounting to take advantage of low rates in countries where they had little real activity.

Here is an overview of the main aspects of the tax agreement:

WHAT WAS THE PROBLEM?

In today’s economy, multinationals can derive significant profits from things like trademarks and intellectual property that are easier to move than factories. Companies can allocate the profits they generate to a subsidiary in a country where tax rates are very low.

Some countries compete for income by using the lowest tax rates to attract businesses, attracting huge tax bases that generate significant income even with tax rates slightly above zero. Between 1985 and 2018, the overall average rate for businesses rose from 49% to 24%. In 2016, more than half of all U.S. corporate profits went to seven tax havens: Bermuda, Cayman Islands, Ireland, Luxembourg, the Netherlands, Singapore and Switzerland. White House officials say the global minimum would result in nearly $ 60 billion in additional US tax revenue.

HOW WOULD A GLOBAL TAX MINIMUM WORK?

The basic idea is simple: countries would legislate on a minimum rate of at least 15% for very large companies whose annual turnover exceeds 750 million euros (864 million dollars)

If the company’s profits are untaxed or lightly taxed in one of the world’s tax havens, their home country would impose an additional tax that would raise the rate to 15%.

This would make it unnecessary for a business to use tax havens, since the taxes avoided in the paradise would be collected at home.

HOW WILL THE TAX PLAN ADDRESS THE DIGITAL ECONOMY?

The plan would also allow countries to tax a portion of the income of some 100 largest multinationals when they do business in places where they do not have a physical presence, such as through retailing or business. Internet advertising. The tax would only apply to a portion of the profits exceeding a profit margin of 10%.

In return, other countries would abolish their unilateral taxes on digital services imposed on American tech giants such as Google, Facebook and Amazon. This would avoid trade disputes with Washington, which argues that such taxes unfairly target American businesses.

WHAT IS THE ROLE OF THE UNITED STATES IN THE AGREEMENT?

Biden claimed the United States must adhere to the global minimum tax in order to persuade other countries to do so. This would involve raising the current foreign income rate by 10.5% to reflect the global minimum. Its tax proposals are still being negotiated in Congress.

The United States’ participation in the minimum tax agreement is crucial, simply because so many multinationals are headquartered there – 28% of the world’s 2,000 largest companies. The complete rejection of Biden’s overall minimum proposal would seriously undermine the international agreement.

DOES EVERYBODY LOVE BUSINESS?

Some developing countries and advocacy groups like Oxfam and the UK-based Tax Justice Network believe the 15% rate is too low. And while the global minimum would generate some $ 150 billion in new revenue for governments, most of it would go to rich countries, because that’s where many of the biggest multinationals are located. Developing countries took part in the talks and all signed except Nigeria, Kenya, Pakistan and Sri Lanka.

US critics, including Republican leaders and some business groups, say the proposed minimum tax would make America less competitive and potentially cost jobs, a sign the key is to get passage from other countries in order to that the United States is not at a disadvantage.

The EU Tax Observatory research consortium warns that exemptions for companies with real assets and employees in a given country could “exacerbate tax competition by causing companies to shift their real activity to tax havens.”

This means that some tax competition between countries would still be possible when real business operations – as opposed to unstable accounting – are involved.

HOW WILL THE AGREEMENT TAKE EFFECT?

Support from G-20 leaders completes a multi-year negotiation process. Once approval is reflected in the summit’s final declaration, expected on Sunday, implementation then moves on to individual nations.

Get the Monitor Stories that interest you in your inbox.

Income tax when companies do not have a physical presence would force countries to sign an intergovernmental agreement in 2022, with implementation in 2023. The overall minimum could be enforced by each country using developed model rules by the OECD. If the United States and the European countries where most multinationals are headquartered legislate on such minimums, it would have the intended effect, even if some tax havens do not.

This article is from The Associated Press. AP writer Joshua Boak in Washington contributed to this report.

Market heading towards Diwali with a profit-booking vibe