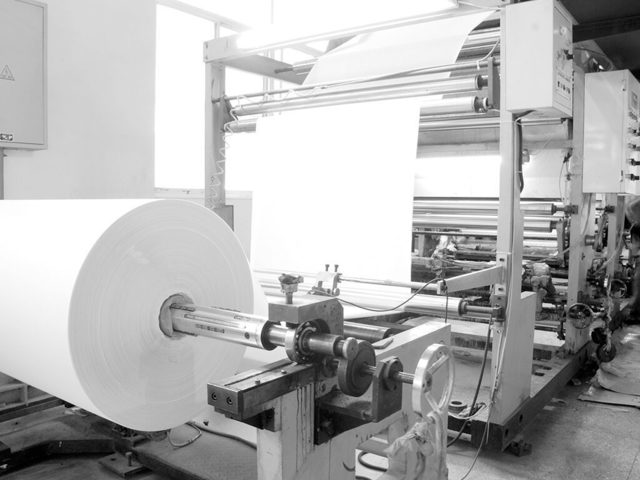 Security Papers Limited (PSX: SEPL) was established as a private company in 1965. Two years later, in 1967, it was transformed into a public limited company. The company’s products include paper for banknotes and other security documents such as price bonds, defense savings certificates, non-judicial stamp papers, passport papers, check books, certificates for school boards and diplomas or universities.

Since FY13, the company has mainly seen a growth in turnover, with the exception of FY15 where it has contracted by more than 4%. Profit margins increased and peaked in FY17, after which they started to decline, before picking up again in FY20.

In fiscal 2017, Security Papers recorded 10% revenue growth. The company has recorded the highest sales volumes so far, registering 7.5% growth; banknote paper in particular performed very well. In addition, the company was also able to negotiate a higher selling price with one of its large customers, Pakistan Security Printing Corporation (Pvt.) Limited. On the other hand, production of marketable bank paper and other papers was recorded at a record 2,822 tons while production costs fell to 61.7% of sales, allowing the margin gross to improve to over 38%. Bottomline was further supported by an additional 521 million rupees from other income. This came from the gain on redemption of mutual funds and dividend income on mutual funds. Thus, the net margin stood at 33% over the year.

Security Papers recorded the strongest revenue growth so far in fiscal 2018, at nearly 22%. This is reflected in the higher volume of banknote paper sold to its largest customer, Pakistan Security Printing Corporation (Pvt.) Limited. The selling price of the products also increased, which contributed to better income; the latter crossed Rs 3 billion in value. Demand during the year was also higher. But with increasing costs, as input prices increased, the gross margin fell to over 37%. Operating margin and net margin declined further due to lower other income, which was unusually high the previous year due to a one-time mutual fund redemption event, which was zero for the period In progress. As a result, the net margin was recorded at 21.3 percent for the year.

Revenue continued to climb in fiscal 2019, with a growth rate of 15.4%, surpassing Rs 4 billion in value. Sales volumes increased 12.8%, while banknote paper alone saw an increase of nearly 20% due to strong demand from Pakistan Security Printing Corporation (Pvt.) Limited. Therefore, as a percentage of turnover, the production cost was less than 60%, which allowed the gross margin to improve to 39.6%. But this did not impact the operating and net margin due to an escalation in other expenses which represented nearly 9% of revenues. This is due to a revaluation of unrealized losses on mutual funds. As a result, the net margin was recorded at 19.3 percent – lower than the previous year.

Despite the general economic slowdown seen in the first half of fiscal 2020 and the effects of Covid-19 in the second half, when most businesses suffered losses and / or declining profits, Security Paper experienced the strongest growth of its revenues to 22.5%. The total sales volume increased by 16.3%, while each segment individually also saw an increase in volumes due to high demand. Production edged up to 61.3 percent, keeping the gross margin more or less stable at nearly 39 percent. Other income again rose significantly, driven by higher investment bonds and Pakistani treasury bills, while other spending normalized. Thus, the net margin rose to 26% of the year. Although this is not the highest level reached, in terms of value, the net profit reached a record level crossing Rs 1 billion.

Revenue growth in FY21, at 2%, was relatively subdued compared to the double-digit growth seen over the past five consecutive years; he crossed Rs 5 billion in turnover. Banknote paper saw an 11% growth in sales volumes, but the remaining segments such as passport paper, diplomas and education certificates, etc. have seen a drop in volumes due to the effects of Covid-19 and travel restrictions. There was also a slight increase in production costs which brought the gross margin down to 37.6 percent. With most other factors remaining the same, except other income which provided significant support to results, net margin increased to over 29%, with net profit posted at another high of $ 1.4 billion. rupees. Other income was high due to the gain on the revaluation of mutual funds.

The company has undertaken BMR activities continuously to improve the production capacity and expand its product line. With the resumption of travel and other activities, the company can continue to maintain its growth momentum.

Sika is confident that it can handle rising commodity prices