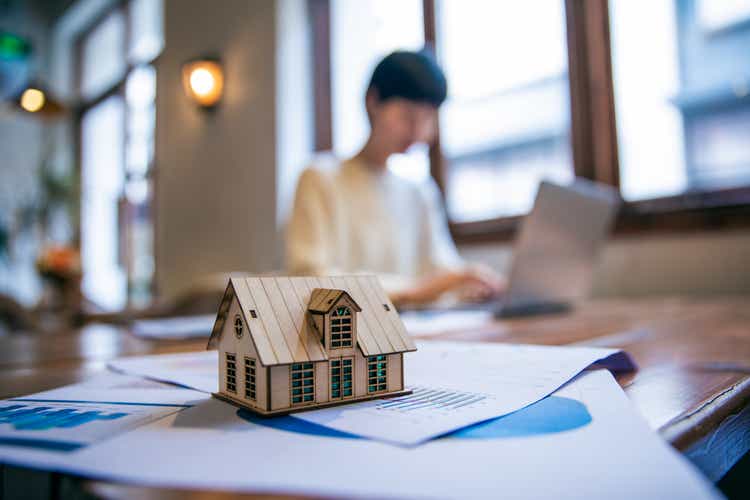 Opendoor & Offerpad: iBuying is the next step in evolution (OPAD) (OPEN)

Opendoor Technologies Inc. (OPEN) and Offerpad Solutions Inc. (OPAD) are all pursuing the next stage of the real estate market through their iBuying platforms. The iBuying sector saw a sharp decline in November. One of the main factors for the share price drop was the participation of Zillow Group (ZG) announcement to exit the iBuying marketplace due to “the unpredictability of home price forecasts”. ZG reported significant losses in this regard, which also turned a pessimistic investor sentiment towards the OPEN stock.

Where one can see a volatile market with downsides, the bull case argues that Zillow’s exit leaves much higher prospects for iBuyers like OPEN and OPAD to become market leaders in the iBuying sector. Businesses can take advantage of rise in the housing market with strategic investments and mitigate volatility through careful risk management. The digitalization of the world is inevitable and the company iBuying is here to disrupt the conventions of the real estate market.

Unlike ZG, OPEN and OPAD have much stronger iBuying strategies to avoid buying at inflated prices and focus on profit margins and business growth to become market leaders and ensure long-term returns for investors. .

Strong fundamental demand for the US housing market in 2022

Statistical projects the U.S. housing market to be worth $350 billion in revenue for 2021 and is expected to grow at a CAGR of 4.21% through 2025. The overall housing market situation has recovered quite drastically since the pandemic, and according to the Urban Land Institute Emerging Trends in Real Estate 2022 report, “the global economy has rebounded far beyond expectations. Not only has economic output already returned to pre-pandemic levels, but growth is also expected to reach its highest rate in decades in 2021 and 2022.”

Forbes reported that they expected a 6.6% increase in home sales and a 2.9% rise in home prices for 2022. This will be further complemented by a 3.3% increase in income on the labor market and 45 million “millennials between the ages of 26 and 35 who are the first-tier homebuyer age.” The National Association of Realtors reinforces this fact by reports that home resale transactions reached nearly 6.5 million for 2021, with a median increase in the selling price of existing homes of 13.9% year-over-year to $353,900. With the increase in resale home transactions, the demand for real estate is higher than ever.

The world was already on the path to digitalization, but the pandemic has accelerated nearly every industry to challenge conventional norms and shift radically towards digitalization. The same is true for the real estate industry, as iBuying has reduced the costs and challenges associated with home sales transactions. This digitalization goes hand in hand with millennial consumers and Gen Z, the next generation of American homeowners. Additionally, the remote work environment has given consumers a lot of flexibility to achieve their dream of owning a home in the United States, without worrying about the commute.

Jarred Kessler, CEO of real estate technology company EasyKnock, noted they expect to see unmet demand for new home construction as the United States grapples with ongoing supply chain issues and labor shortages caused by the pandemic. This could lead to record home sales prices in 2022.

All of this perpetuates the need for alternative buying and selling methods and supports the growth of businesses that allow American homeowners to convert the equity they’ve worked hard to build.

The next generation of owners want end-to-end services with on-demand solutions that can only be delivered through digitization. Paul Ryll, Chartered Residential Appraiser, very well said,

The need for digital platforms and tools will be greater than ever, and much of the industry’s ability to meet demand will rely on the latest apps and offerings.

Opendoor is a leading digital platform for the residential real estate market. A year ago, it went public through a Special Purpose Acquisition Company (SPAC) agreement through Social Capital Hedosophia Holdings II. Opendoor is engaged in a particular service called “iBuying”, allowing homeowners to sell their home to OPEN at a reduced price but without a real estate broker or agent. Thus, saving them money and time while avoiding the cost and hassle of conventional real estate transactions. In this way, the company adds liquidity to the housing market as a market maker by buying and selling houses.

Opendoor said it bought 15,181 homes and sold 5,988 homes in the third quarter of 2021, making it the nation’s largest iBuyer since. Zillow left the game. Another major Opendoor competitor in the iBuying marketplace is Offerpad (NYSE:OPAD)which acquired 2,753 homes and sold 1,673 homes in the same neighborhood.

The problem with Zillow was that it focused too much on volume and not enough on the monetary aspects of its transactions, which led Zillow to buy too many properties at an inflated price which it is now trying to unload on the market. And although Offerpad has higher margin percentages than Opendoor, the company is significantly outperformed by OPEN in terms of growth metrics.

Opendoor has struck the right balance between growth and profitability, leading the company to leverage its pioneering technology to dominate the market. This rapid growth is essential for the company to penetrate the larger market and make the most of the more than 6.5 million home resale transactions over the coming year. Opendoor’s continued market leadership looks highly likely as the company has already doubled its market from 21 to 44 in 2021 and grown its customer base by an average of 90% per quarter.

Opendoor initially offered a forecast of $3.5 billion for 2021, however, its revenue for the nine months has already reached nearly $4.2 billion and is expected to exceed $7 billion, more than double what was originally planned. A die promising aspects of the business is that it is still aggressively investing in its internal operations, supplier network, tools and automation “to lay the foundation for another very strong year of growth in 2022.”

In terms of pure numbers, the housing market has 6.46 million home resale transactions for 2021, and OPEN sold 11,931 of those homes in the 9 months ending September 30. That’s less than 0.2% of the housing market. With aggressive innovation and market penetration, even if the company gains 1% market share, it will mean over 64,000 sales transactions. At an average selling price of $353,900 and a gross margin of approximately 9% (current margin), this translates to nearly $23 billion in revenue and over $2 billion in gross profit.

Shares of Offerpad recently began trading on NYSE at $9 per share and a valuation of around $2.7 billion after a SPAC deal with Supernova Partners Acquisition Partners. The PSPC agreement was led by Spencer Rascoff, co-founder and former CEO of Zillow. It should also be noted that Zillow and Offerpad were the partners until 2018.

The company operates similarly to Opendoor but has a few strategic differences, such as being relatively picky with its purchases to ensure higher profit margins. The company’s ability to close a sale in as little as 10 days is a big plus. It attracts customers who have more money than time, allowing customers to get a quick and convenient close and Offerpad enjoying higher profit margins.

Offerpad typically enjoys higher margins on its sales due to its focus on renovations, which allows homes to fetch a higher price in the market. The company also offers services in a cross methodology between iBuying and the traditional method, known as “Flex”. This allows customers to get used to old ways and easily switch to the digital platform. Geographically, Offerpad has yet to spread its wings as it currently operates in almost half of the jurisdictions compared to Opendoor.

Offerpad acquired 2,753 homes in its most recent quarter, representing a 258% annual growth in purchases, and sold 1,673 homes with a 30% year-over-year increase in average revenue per home. The strong performance led Offerpad to raise its full-year 2021 guidance. It now expects to have sold 5,900 homes mid-term with a gross margin of 9.6% for the full year, if amounting to $180 million. The company thus displays promising and sustainable long-term growth prospects in addition to holding more than $110 million in cash.

What remains to be seen is the company’s ability to sell its inventory of more than $900 million over the next few quarters without losing purchase growth. Following in the footsteps of Opendoor, the company could enjoy maximum profitability with the highest possible growth rate for a stronger foothold in the real estate market.

The market opportunity is there and ready to be exploited with a solid strategy, and OPAD appears to be on the right path to positive share value.

The entire iBuying market was shaken by Zillow’s announcement to exit the game. This decline is bound to reverse as the notion of fear deters the market and investors value it out of company stocks. Assuming a linear trajectory, OPEN and OPAD should be the iBuying sector leaders, which will likely boost investor confidence after their annual results announcement. The stocks seem to incorporate an inherent rise in their value due to the “Zillow effect”, making them all a good addition to his portfolio.

Can you get a payday loan with a credit score of 550?