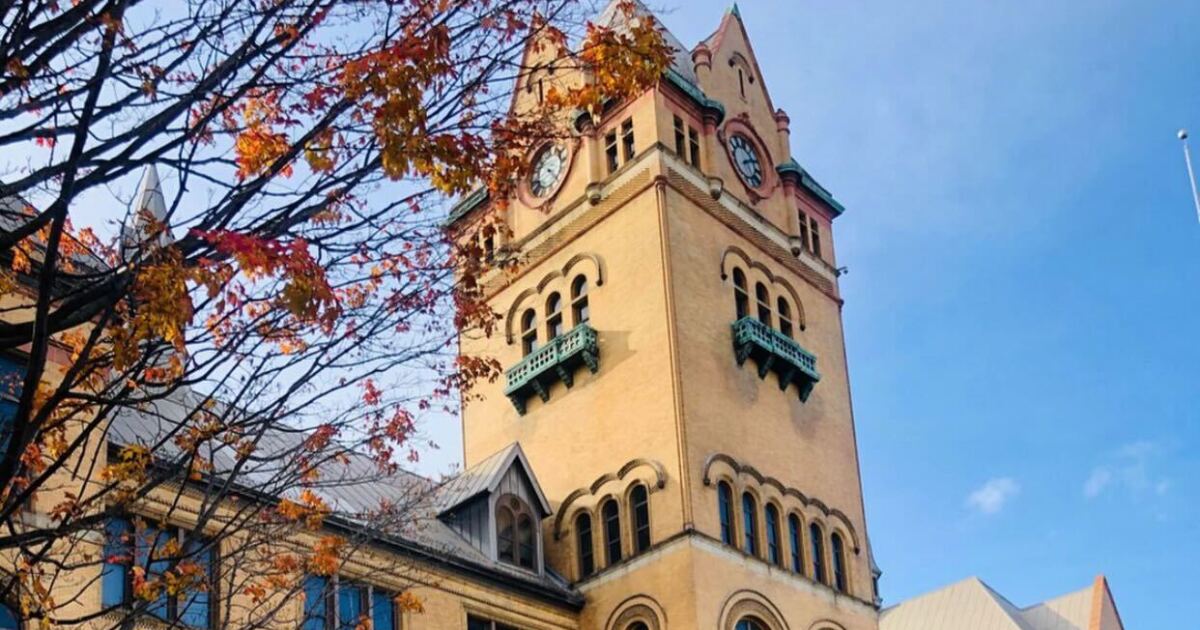 (WXYZ) — Heading off to college can be daunting, especially if you’re the first in your family to do so.

Detroit Regional Dollars for Scholars uses this realization to connect local students to essential resources and peers who have walked in their shoes.

“I used to see her in the hallways,” Karteen said.

The two didn’t know each other very well in high school but have now formed a unique bond; Abbott helps Karteen navigate his freshman year at Wayne State University.

As the first in her family of ten to attend college, Abbott knows firsthand how difficult freshman year can be.

“I didn’t know how to navigate in college. I was three hours from home,” Abbott told 7 Action News.

Now a successful senior at Hope College, Abbott is a post-secondary coach with Dollars for Scholars. Like Karteen, she completed the program at Melvindale.

As a coach, she is a vital resource for Karteen. other times she is simply an encouraging voice or a shoulder to lean on.

“If a student has ever had someone in their family who went to college, that path is sort of forged,” said Dollars for Scholars executive director Christa Funk. “But if you’re the first in your family to go, there are a lot of questions there,” she continued.

Whether it’s juggling FAFSA forms, building relationships with counselors, navigating campus, balancing a budget, or just getting used to living on your own; it can be a lot.

“You get this bad grade, and you say, well, maybe I can’t do this, and you start thinking like, maybe this isn’t for me. If I’m the first of my family, no one else has done it so maybe I can’t do it and for us it’s really important to have people like Marketea in place to say, no you can do,” Funk said.

Orientation begins in high school with a teacher-counsellor. Detroit Regional Dollars for Scholars then follows students through their first two years of post-secondary education; whether in a two- or four-year college or in a trade school.

What a handful of community members started as a grassroots effort in 1990 to help local high schoolers transition to college now has 14 partner high schools in the Detroit metro area.

Dollars for Scholars also offers $4,000 to students who complete their high school program. This money can be used as an aid to fill financial gaps for things like books or transportation.

“We do a lot to track the success of our students,” Funk said.

They track postsecondary enrollment in the first six months after high school graduation. Funk said they also look at persistence, first through second years in college, and completion rates.

“The national rate for students from low-income backgrounds is around 20%. And we are more than 67% of our students who complete their studies within six years. »

Karteen, who is studying nursing at Wayne State and plans to minor in illustration, said having a peer like Abbott there made a big difference, especially when she was starting college during a global pandemic and was learning online.

“If I wasn’t sure about anything, like college-related or anything, I’d like to text her. It was easy to connect with her,” Karteen said.

On March 16, Governor Whitmer will speak at the annual Detroit Regional Dollars for Scholars Luncheon, congratulating this year’s 117 local seniors heading to college.

But the event is also an opportunity to celebrate successes, some of which are still in the making.

“The program has changed my life, and I will repeat it over and over again,” Abbott said.

The program will add its 15 partner schools, Redford Union, this fall.