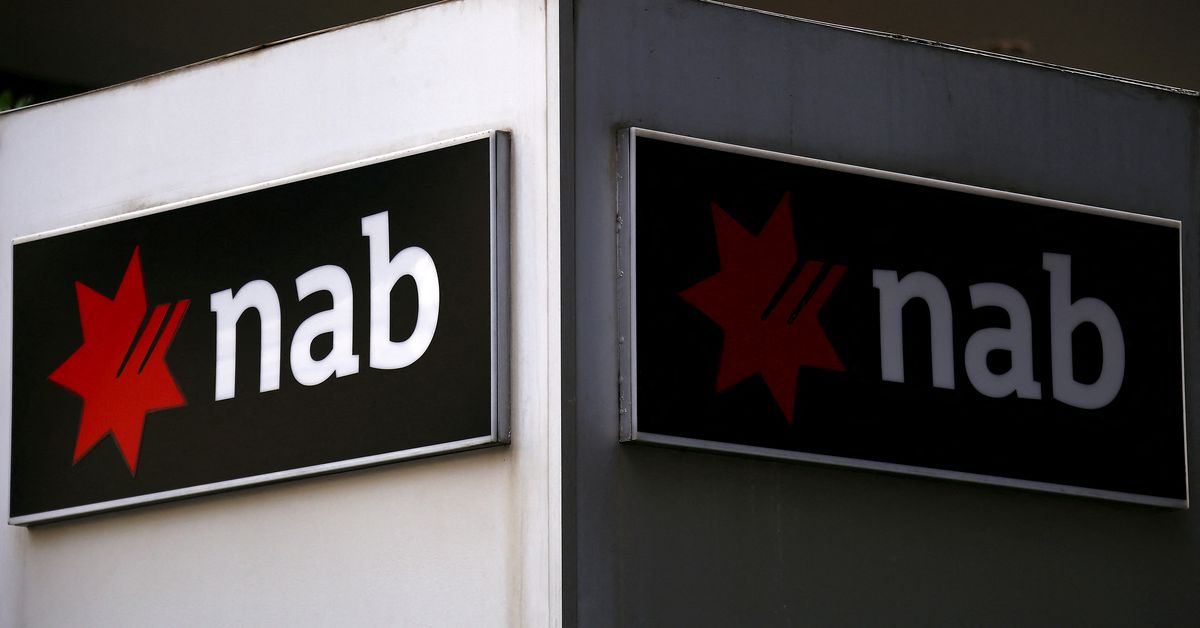 Feb 10 (Reuters) – National Australia Bank (NAB.AX) joined its peers in cutting margins on Thursday, even as the country’s second-largest lender posted a 9.1% rise in profits in the first quarter due to growth in personal and business loans. .

Record-low interest rates and fierce competition in the mortgage market are cutting margins for Australian lenders, which are also being hit by borrowers switching to fixed-rate mortgages. Read more

The bank said net interest margin, a key measure of profitability, fell 5 basis points to 1.64% in the quarter.

Chief executive Ross McEwan said while disruptions to supply chains and labor markets from the Omicron variant COVID-19 had created uncertainty, the bank was optimistic about the outlook for Australia and New Zealand. -Zealand.