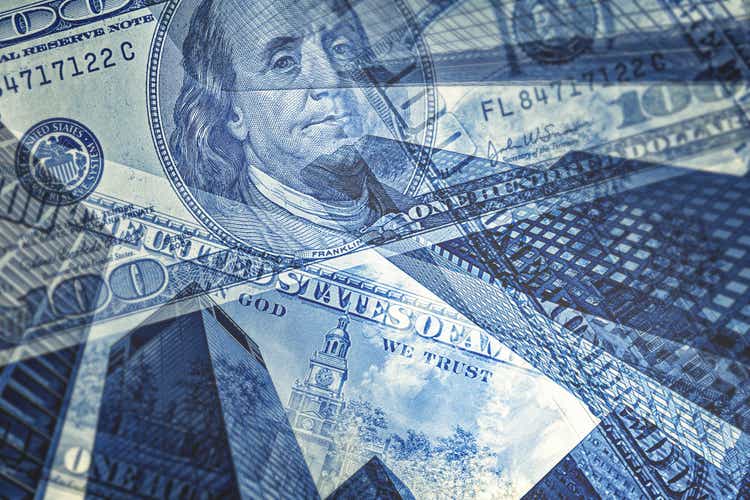 By almost any measure one chooses, the dollar is historically rich. When it did turn, it would probably be dramatic. This happened after stronger than expected US CPI numbers. However, the lack of follow through is what one would expect if the greenback bull movement was intact.

Nevertheless, we expect the dollar super cycle to enter a new phase. The market has all but priced in a terminal fed funds rate of 5.0%, and we suspect it needs clear guidance from Fed officials to go further. Additionally, with high-frequency major US economic data points, the market’s attention will shift elsewhere, which could be consistent with a dollar consolidation/correction phase.

Euro: After initially dropping to a three-week low just below $0.9635 after the US CPI, the euro rallied and set new highs for the week near $0.9805. The retracement (50%) of the Euro’s fall from the high of the beginning of the month just before $1000 is around $0.9815. The lack of follow-up buying after the bullish price action took the single currency back to near $0.9700, and a break of that could signal a return to the 20-year lows set in late September near $0.9535. Reports suggesting that the ECB’s final key rate could be 2.25% did not help the euro. Swap market prices at a 3.0% deposit rate around the middle of next year.

Japanese Yen: The dollar hit new 32-year highs above 148.20 JPY ahead of the weekend. Verbal interventions have multiplied. The BOJ’s intervention is not aimed at protecting a specific level but at resisting a one-sided market and mitigating what it sees as excessive volatility. Three-month implied volatility is above 12%. It was above 13% when the BOJ intervened last month. Another episode of intervention is likely and will most likely take place in Tokyo as the greenback nears 150 JPY. The second effort may not yield the same results as the first (the dollar fell around 146.90 JPY or around 140.30 JPY). The MACD has retreated, while the Slow Stochastic may peak in overbought territory. The greenback ended the week above its upper Bollinger band (~147.60 JPY).

Pound sterling: While Chancellor Kwarteng was held accountable for the UK government’s fiscal stance, Prime Minister Truss has backtracked and will now implement the Johnson/Sunak corporation tax hike next year. But investor confidence has not been restored. Indeed, his longevity as Prime Minister is debated. The British Pound’s 4.5 cent rally from the week’s low (~$1.0925) stalled ahead of the weekend. The pullback held above (50%) the rebound retracement (~$1.1150). If it holds, it may rise, but a breakout of $1.1100 could send the pound down 1.0 to 1.5 cents. On the upside, a move above $1.15 would reinforce our sense that the record low of $1.0350 set in Asia on September 26 could very well turn out to be the cyclical low.

Canadian dollar: The greenback climbed near CAD 1.3980 after the CPI figures and reversed to close below the previous session’s low. Not only was there no back-to-back US dollar selling, but the pre-weekend rebound recouped a good chunk (61.8%) of its decline. We thought the high was close enough to satisfy our target of 1.40 CAD. The MACD was virtually flat, while the Slow Stochastic failed to confirm the new highs there. There has been a sea change in expectations for the Bank of Canada meeting on October 26th. Before Bank of Canada Governor Macklem took the floor in the first week of October, the swap market acted as if Australia’s quarter-point rise was telling for Canada. and lowered the odds of a 50 basis point hike to around 50/50. After Macklem spoke and the US CPI numbers were released, the swap market now recognizes the probability (~85%) of a 75 basis point move. However, the impact on the Canadian dollar was overwhelmed by new risk aversion and heavier US equities. Further weakness in US equities could push the greenback into the range of 1.4000 to 1.4040 CAD.

Australian dollar: The Aussie posted a potential reversal to the upside after the US CPI data, and it initially saw follow-up gains. As it approached $0.6350, it encountered a wall of sellers that took it down to near $0.6225. Momentum indicators are oversold, but the Aussie still looks vulnerable. A good jobs report on October 20 could help if he encouraged a more aggressive central bank, which meets on November 1. The futures market hasn’t even fully priced in a 25 basis point rise. The US two-year premium over Australia widened to more than 110 basis points ahead of the weekend, the most since 1984. The next area of ​​interest on the chart is near $0.6100. The 2020 Panic Aussie low is still far away (~$0.5500). The New Zealand dollar hit close to $0.5510 last week. The May 2020 low was around $0.5470.

Mexican peso: The peso has been incredibly stable in the face of strong fluctuations in the foreign exchange market. The dollar has been confined to a range around 19.93-19.16 MXN this month. Lateral motion has made momentum studies less than useful. Nevertheless, the stable tone is conducive to carry trades. Even in the wider range between 19.80 MXN and 20.20 MXN, which has generally contained prices since mid-August, there may not be much to do. Opportunity, so to speak, can present itself on a range break. We believe that given the short-term risk on the USD rise, we will be inclined to sell hard in the MXN20.25-20.30 area.

The Chinese yuan: It is widely assumed that Beijing does not want a massive sale of yuan to distract from the 20th Party Congress which begins on October 16. Not only did the PBOC set the benchmark dollar rate below market expectations (median forecast in the Bloomberg survey), but it recently stabilized the benchmark rate around CNY7.10. Given the 2% band of the dollar, this would suggest a ceiling around CNY 7.25. Last week, on its WeChat account, the PBOC’s monetary policy department wrote: “China has abandoned regular foreign exchange intervention, allowing market-oriented yuan, which has helped improve the independence of monetary policy”. Of course, that doesn’t mean officials won’t use an “open mouth” policy and more subtle means to signal their preferences to the state-owned banks that dominate China’s currency trading. Given the lack of interest rate support, increasing monetary policy divergence, rising deflation risks in China (core CPI fell to 0.6% in September, its highest low for more than a year, while the PPI fell below 1%), and the problem of the bubbling debt, the risk is for a further depreciation of the yuan.

Editor’s note: The summary bullet points for this article were chosen by the Seeking Alpha editors.