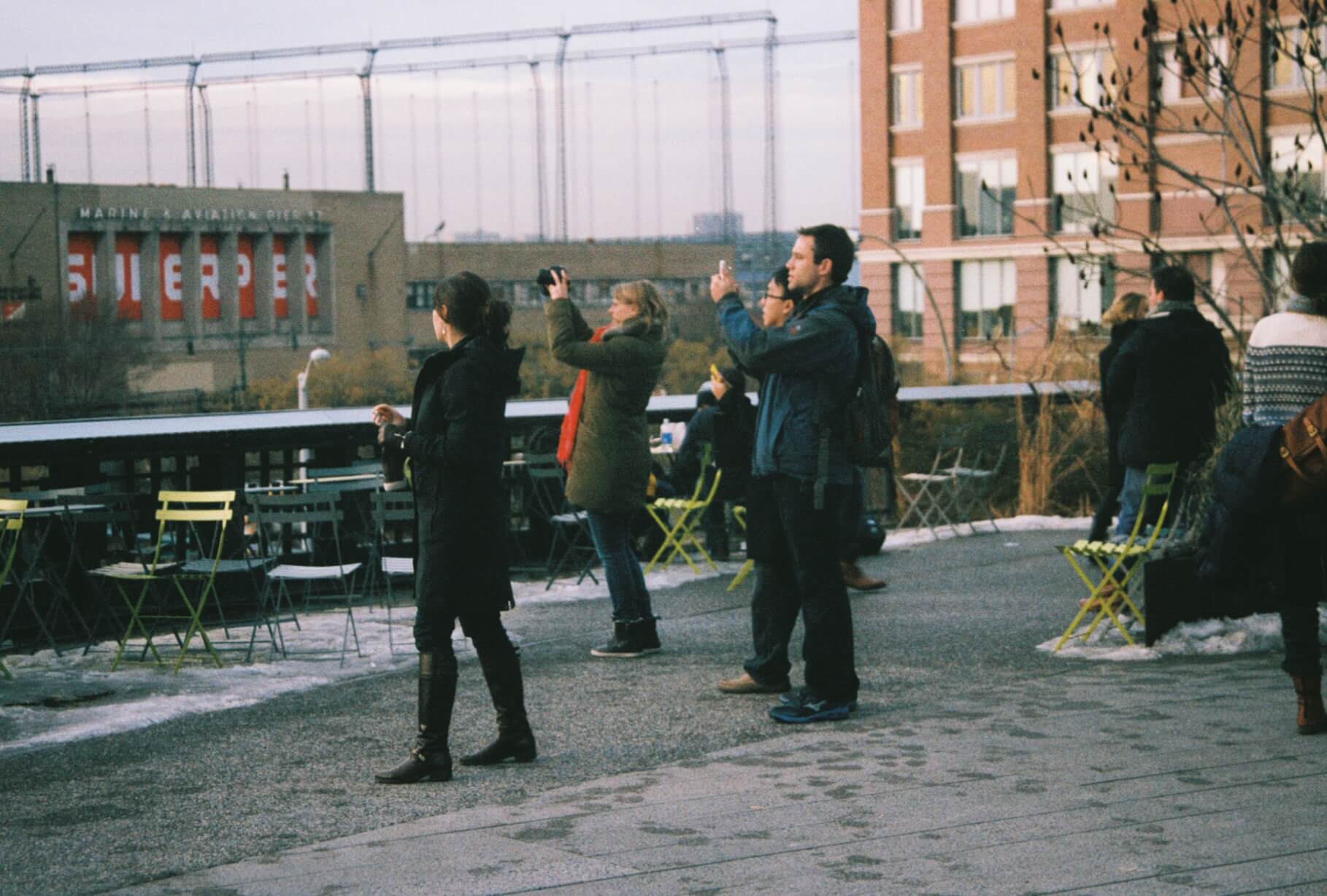 In September, New York City Mayor Eric Adams announced a $35 million investment for the design and construction of the first phase of QueensWay, a linear park proposed to stretch from Rego Park to Ozone Park. The first stage of the project, called Queensway Metropolitan Hub and designed by WXY and DLANDstudio, will begin to transform the long-abandoned Rockaway Beach Branch line into a 5-acre open space that will be managed by the NYC Parks Department and NYC Economic Development. . Company. As well as seemingly ruling out QueensLink, a competing proposal to reuse the railway for a new underground connection, the first stage of the QueensWay – a relatively small path bisecting the 534-acre forest park – raises questions about its necessity .

The most obvious precedent is Manhattan’s High Line, but, at 13, the now-teenaged wunderpark has lost some of its initial veneer of novelty. In 2009, when it opened, major new park projects were rare, let alone parks fashioned from an old-fashioned elevated railway track. But now the typology looks familiar, so much so that untouched artifacts from the industrial age of big cities – “diamonds in the rough”, or even gemstones – have become rare. Invariably, in their place, you’ll find the same obsessively programmed lanes, the familiar overpriced concessions, and, of course, a swathe of new speculative real estate stubbornly lining the perimeter. In his recent book For-profit parksKevin Loughran, professor of sociology at Temple University, asks: what was sold with the post-industrial park?

To build his thesis that such restoration projects helped usher in a new breed of private/developed parkland, which in turn fueled intense speculative real estate development nearby, Loughran undertakes a comparative history of the High Line and two similar parks that were developed in its wake: the Bloomingdale Trail/606 in Chicago and Buffalo Bayou Park in Houston.

Loughran’s story begins in Chelsea with the Friends of the High Line, which was founded as a grassroots effort by well-connected residents to preserve the derelict train line in the face of planned demolition in the former industrial West Side of Manhattan and tracks the project’s progress into a landmark achievement of the Bloomberg administration. After the success of the High Line, Loughran’s story moves to Chicago to tell how the popular Friends of the Bloomingdale Trail vision of a more inclusive intercommunity park was absorbed by the Trust for Public Land and the Rahm administration. Emanuel and, finally, Houston to place the up-and-down Buffalo Bayou Park as part of a larger downtown revitalization plan in the face of urban decentralization. Conveniently, the book’s often meandering structure follows Loughran’s academic appointments.

However, despite some clear differences spelled out in consecutive summaries of the development of these parks, all three came at a time of renewed enthusiasm for cities after a period of perceived decline. For Bloomberg, projects like the High Line, designed by James Corner Field Operations and Diller Scofidio + Renfro with Piet Oudolf, have been key to enticing the “creative class” back to New York, after decades of white flight. There had already been a shift towards privatization of parks since the 1980s, with developers building public plazas in exchange for height bonuses, and high profile private park companies such as Central Park Conservancy emerged to fill the gap. financing deficit of certain green spaces such as the city. The Parks Department faced a divestment. While the master plan for private development and management was already set, to capture a spirit of authenticity, the post-industrial park needed a new aesthetic to match these buzzing ambitions.

In contrast to the quaintness of Olmsted’s once-dominant style of landscape architecture, Loughran uses the term interlocking spaces to describe the blend of industrial decadence and controlled nature. Instead of evoking an idealized countryside with winding paths, varied elevation, and serene bodies of water like those of South Park (now Jackson Park, Washington Park, and Midway Plaisance) in Chicago, or Central Park in New York, the interlocking spaces romanticize “industrial landscapes and, rather than berate urbanization, celebrate (a particular perspective on) the visual qualities of the city,” according to Loughran. The manicured lawns are replaced by concrete paths, neatly interspersed with grass growing through the cracks.

Embodying the aspirations of the post-urban decline growth machine, this aesthetic valued the underdeveloped. Loughran argues that these post-industrial parks “bring together longings for danger, sex, drugs” and generally “tend to fetishize and sexualize the excitement and/or fear that gentrifiers find in ‘discovering’ stealthy places” . With the help of engineers and landscape architects, some stretches that were somewhat unsightly or unsavory for an incoming higher income bracket were made “safe” and returned to visitors in readily consumable packaging.

Loughran argues that this style naturalizes these parks in the contemporary city. Instead of having the same impact as total park plans in the past, post-industrial parks appear more user-friendly and inevitable. Buffalo Bayou Park, designed by SWA and Page, is carefully populated with the “kind of nature that might have existed, had an old bayou not been piped and planted with the ‘weeds’ and trees, or the train tracks elevated had been left pretty much alone. What results from these constructs of environmental authenticity are “ecologically appropriate spaces with unimpeachable cultural authority,” not just a “capitalist growth machine.”

Moreover, parks like 606 – designed by a team including Ross Barney Architects, Michael Van Valkenburgh Associates and Arup – are examples of a “new and powerful urban ideology, which proposed that cities, as dense spaces , communal and carbon friendly, are humanity’s best hope of surviving climate change. This built authenticity, coupled with the architectural language of adaptive reuse, can be a powerful symbol of climate adaptation that cities and businesses can embrace.

It’s not just the foliage that is naturalized. The connective pathways of this trio of parks use a new socially constructed conception of nature to Trojan horse a new wave of development by seeming inevitable: programmed paths easily lead to “consensual oversight,” concessions “distinguished” are overpriced and targeted in their messaging, private governance provides aesthetic continuity, massive public subsidies entice property investors to strike while the iron is hot, buildings rise rapidly, and the inevitable rise in property values ​​in the neighborhood soon make it more difficult for low-income residents to stay in their homes. To his favorite, For-profit parks illuminates the disconnect between how these projects were sold to the public with the thrill of exciting new public spaces and the gentrifying impact they had on their surroundings.

Even in new parks that weren’t built from adaptively repurposed infrastructure, like New York’s Little Island, a fantasy land designed by Heatherwick Studio, the aesthetic of interlocking spaces persists. Despite opening last year, upon arrival you’ll notice a familiar mix of oxidized metal, exposed concrete, and controlled wildlife as you’re led to the concession or amphitheater. Also, you will be politely informed by the attendants that no bicycles are allowed on the island. The Little Island flying saucer landed with a prize of $260 million, while building the QueensWay is estimated to cost $150 million. One was the pet project of a real estate magnate; the other will likely have to continue raising public funds to give New Yorkers a new place to walk. Meanwhile, small neighborhood parks across the city are cultivating a more authentic sort of decay, the result of divestment.