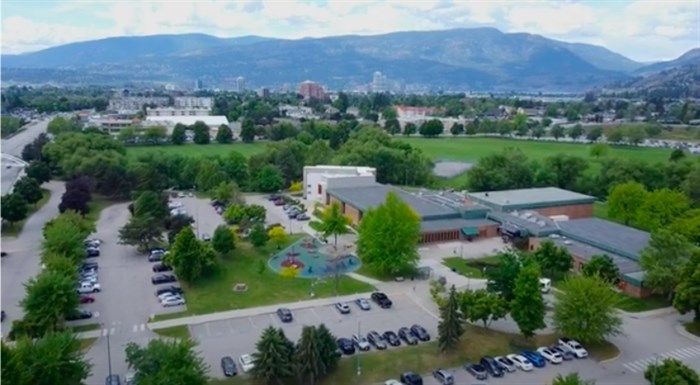 Inflation for many urban projects has pushed up costs by 40% this year. The Parkinson Recreation Center is the city’s largest project, already valued at $134 million, before inflationary factors were added.

The high rate of inflation plaguing the country and around the world is having a dramatic impact on the cost of projects in the City of Kelowna. The city is also contributing to inflation by offering rate increases of up to 30% for certain recreational facilities.

“Kelowna is affected by current events underway globally and locally,” says a report on the city’s 10-year capital plan. “There are global factors influencing this year’s plan that are beyond the city’s control. These include labor shortages, supply chain challenges, inflation, rising interest rates, rising energy costs, recovery from COVID- 19 and climate change.

“The city also faces a number of challenges related to the maintenance of infrastructure at the local level. These include rapid growth, community demand for more and better services, and an increased need to replace aging assets.

The investment plan is updated every year. This year’s version shows a 40% increase in costs for a number of construction projects and a 30% increase in park costs.

The nonprofit rate to rent the Okanagan Mission Activity Center could increase 31% to $32 from $22.08.

“Participation in and access to sporting, recreational and cultural activities and programs are essential to the quality of life within a community,” the report presented to the council states. He does not talk about the impact of these great hikes on users.

These changes are not attributed to inflation but rather to “a new benefit-based approach to setting fees and charges,” the report says.

Yet, if adopted, it will have an inflationary impact on users.

Currently, fees are based on things like comparison and market trends, which is how many communities calculate their fees. But that system doesn’t recognize things like “community nuances” and expenses, the report says.

“As we move forward, the benefit-based approach will expand the current approach to setting fees and examine the investment in service delivery, its relationship to the public interest and the goal of recovery. corresponding investments for each activity.”

A concrete example of the immediate impact of inflation is a 15 to 20% increase in the cost of creating two active transportation corridors (bike paths).

That’s the amount attributed to inflation, but the overall cost increase for the Abbott Street and Casorso Road projects is 31%, or nearly $1 million more, for a combined total cost of $4.2 million. of dollars. The rest is due to design changes and things like unforeseen electricity costs.

The main inflationary impact relates to the ten-year plan which plans to spend $1.63 billion over the next decade, an increase of $131 million.

This increase is only about 11% because some projects were removed from the plan, falling to an unfunded level. These unfunded projects total $744 million.

The city’s biggest project ever, replacing the Parkinson Recreation Center, jumped to $134 million, up from $100 million last year.

The 10-year capital report presented to council on Monday outlines general cost impacts but does not go into detail, including an updated cost estimate for the recreation centre. But, if it undergoes a 40% increase, the cost will rise to more than 180 million dollars.

What the report identifies are important unfunded projects.

That list includes the $102 million replacement for the Kelowna Community Theater, even as the Citizens Committee for a New Performing Arts Center is pushing for it to be open by 2026.

Now it’s not on the horizon to start construction until 2032 or later.

Another $17 million for Prospera Place renovations isn’t underway until 2032, despite the arena not currently being fit to host the Canadian Hockey League Memorial Cup and in need of significant improvements before being handed over to the city in 2029.


READ MORE: A Tale of Two Arenas: Why Kamloops Won the Memorial Cup and Kelowna Didn’t

Other projects not on the shortlist for the next 10 years include a $75 million replacement for the Kelowna Museum, an $8 million expansion of the Rotary Center for the Arts and a recreation center. Glenmore of $23 million.


To contact a reporter for this story, email Rob Munro or call 250-808-0143 or email the editor. You can also submit photos, videos or news tips at the newsroom and be entered to win a monthly raffle.


We appreciate your comments and opinions on our stories, but play well. We will not censor or delete comments unless they contain off-topic statements or links, unnecessary vulgarity, false facts, spam or obviously fake profiles. If you have any concerns about what you see in the comments, email the editor in the link above.