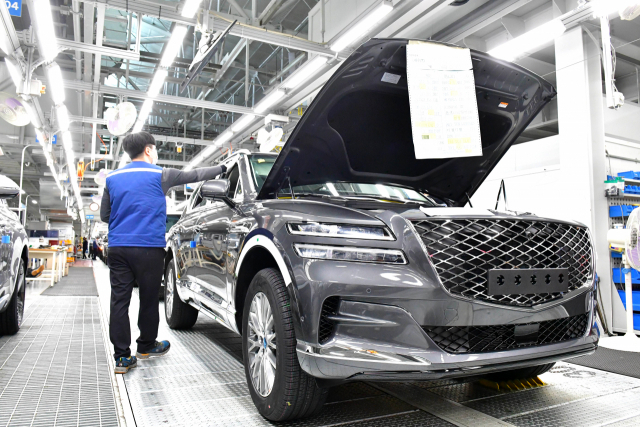 South Korean automaker Hyundai Motor and its sister company Kia are expected to post record third-quarter sales and profits, despite a slowing market and the impact of the industry’s low season.

According to market data on Sunday, Hyundai Motor is expected to report about 36 trillion won ($25 billion) in sales in the July-September period, an increase of about 25 percent year on year. Its quarterly operating profit would top 3 trillion won for the first time, jumping 105% year-on-year.

The third quarter is considered a low season for the automaker as employees take vacations for the summer and Chuseok vacation. But Hyundai’s strategy to raise the retail price of the products has worked, industry experts said.

According to Daol Investment Group, Hyundai Motor’s auto sales price rose 17 percent in the third quarter year-on-year, while it rose 20 percent for Kia cars during the same period. Booms in sales of high-priced SUV models and luxury brand Genesis products are also expected to have contributed to the third quarter result.

Others also said that a rise in the Korean won’s exchange rate to over 1,400 won also provides benefits for Korean automakers, as nearly 60 percent of their Korean-made cars are for export.

Considering that the average exchange rate rose 15% during the third quarter compared to the previous year, the Korean duo would see an increase of at least 1.2 trillion won in sales from July to September, nothing only because of the rise in the exchange rate.

The company also saved a lot of money in the third quarter by reducing the sales incentives it pays to dealers in the United States.

Amid an automotive semiconductor supply shortage due to logistical issues, Hyundai Motor Group cut the initial $500 per vehicle incentive by 25%, though it varies by model.

Market experts said the impact of new US electric vehicle tax breaks that removed subsidies to foreign automakers would become noticeable from the first quarter of next year at the earliest.

Given that the U.S. government will likely announce detailed guidance on the law after the November midterm elections, the widely expected negative impact of the Inflation Reduction Act on Korean automakers’ global sales will be by a decline in sales from next year, experts said.

“A continued rise in the exchange rate has both pros and cons for the automaker. The amount the automaker pays for auto parts imports is growing rapidly,” an industry insider said.

Hyundai Motor Group is expected to announce its third quarter results in the last week of October.