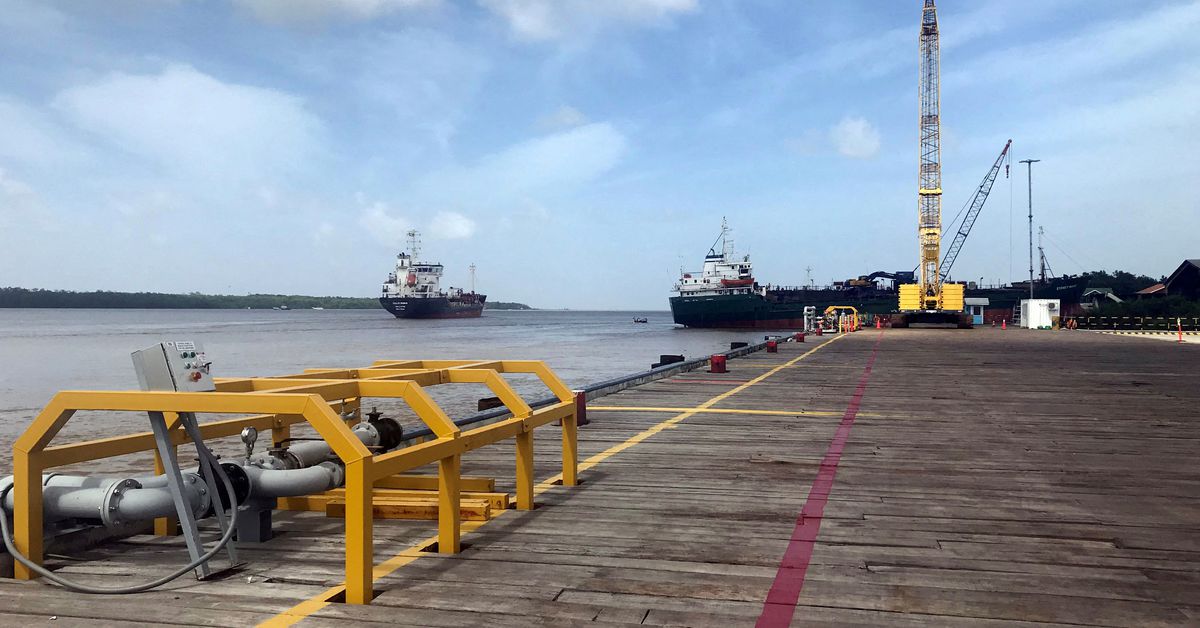 Ships carrying supplies for an offshore oil rig operated by Exxon Mobil are seen at the Guyana Shore Base Inc wharf on the Demerara River, south of Georgetown, Guyana January 23, 2020. REUTERS/Luc Cohen

Sept 22 (Reuters) – Guyana has launched a tender to choose a marketing agent for its share of Liza crude oil exports, the Ministry of Natural Resources said on Thursday, following the expiry of a a contract with a unit of Saudi Aramco (2222.SE) .

A consortium made up of the American companies Exxon Mobil Corp (XOM.N) and Hess Corp (HES.N) and the Chinese CNOOC (0883.HK) is in charge of all the production of Guyanese crude Liza and Unity Gold and the companies market their own barrels, while the Guyanese government separately receives and exports its share of profit oil.

Companies interested in becoming the marketing agent must submit bids on Oct. 11 for a 12-month contract that will start in the last quarter of the year, the ministry said in a statement.

Guyana expects to cash in around $1.25 billion this year from the sale of its oil share and royalties, up 30% from a previous estimate. By mid-year, the government exported shipments worth $307 million and also received $37 million in royalties, he said earlier this month.

Almost half of Guyana’s total oil exports have gone to Europe so far this year, up from 16% in 2021, as buyers there seek alternatives to Russian crude, Refinitiv data shows. Eicon.

On August 10, joint production from the two floating facilities operating on the Liza I and II projects reached a record 390,000 barrels of oil equivalent per day (boepd). The Exxon-led consortium aims to end the year producing about 380,000 boepd, about 40,000 more boepd than its original 2022 target.