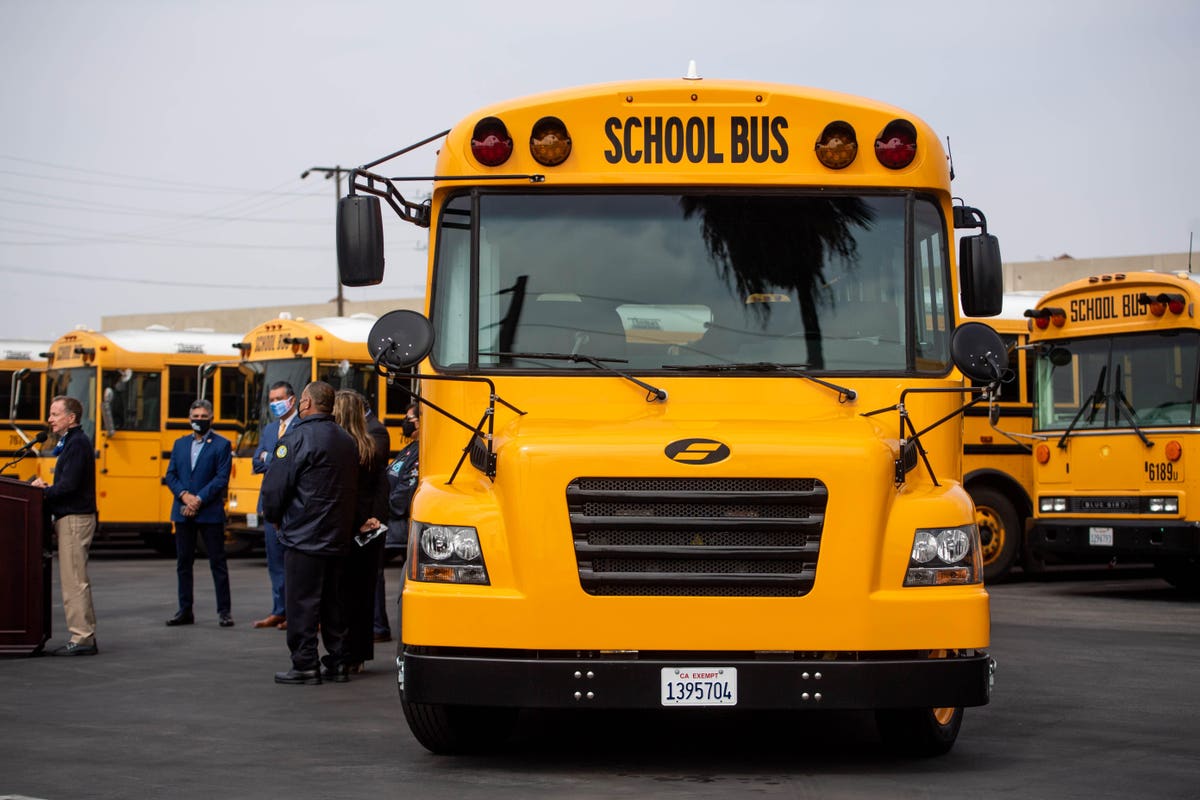 The renewable electricity grid of the future needs a lot of energy storage. Many were drawn to an idea called “Vehicle to Grid” (V2G) as a possible solution. The idea is that the giant fleets of electric cars that arrive have tons of spare battery capacity. With the right equipment, if they are plugged in when the grid needs electricity, they can quickly provide that electricity and get a good price for it. No need to build massive grid batteries – just use the batteries already deployed.

Now, a new partnership between Ridezum and Automatic grid wants this to happen not with cars, but with a future fleet of electric school buses. The theory is that the electric school bus needs a big battery (it’s a bus) but only runs for an hour or two in the morning, and again in the afternoon. Otherwise, it just sits – plugged in – and can help the network. Can he? The answer is “maybe”.

The challenge V2G faces is that the network needs help very specifically from 4 p.m. to 9 p.m., and especially around 7 p.m. on hot summer evenings. This is not just the time of the highest demand for electricity, as people are returning home, offices and shops are still working, and the air conditioning load is very high. This is also the time when all the solar panels went out. The worst happens: the grid needs more energy, and it cannot get it from solar photovoltaic energy. We’re going to be building a lot of solar power, because it’s now the cheapest energy you can build, and we’ll be making enough to handle that 16 hour load until the sun starts to weaken. We’ll even point the panels unnecessarily west just so they can do their best at this time of day, throwing their energy away in the morning. We can also build solar thermal plans, which cost a lot more than solar panels, but keep running at night.

Everything else has to come from other sources, including today ‘peak’ natural gas power plants which are only used today. It’s expensive and emits CO2. We are also using as much wind, nuclear and hydro power as possible right now. If it can generate electricity, it does, because the price paid is the highest. The rest that people hope will come from storage. Storage includes some hydropower plants and many other new technologies, but a key method is batteries.

V2G proponents say car batteries can do a lot here. But there are a few issues:

The new project proposes that electric school buses could be a V2G answer. Unlike most private cars, school buses operate on a regular schedule, especially during the school year. They drive from 7 a.m. to 9 a.m. and stay idle, except for the occasional school trip, until they work from 3 p.m. to 5 p.m. They probably only travel about 30 miles each shift.

For the first shift, they will charge at night, when electricity is cheap. Then, after bringing the kids, they return to the depot and can recharge early in the morning, which is relatively inexpensive and can be easily supplied by solar power. In fact, using solar power for this is ideal.

Afternoon is the problem. The bus cannot supply the network while bringing the children home. And that being done, it is far from ideal to try to recharge it from 5 p.m. to 6 p.m. when electricity is the most expensive to resell it from 6 p.m. to 9 p.m. at the same price. For V2G to work, you have to take power when it’s cheap and plentiful, and sell it when it’s scarce and expensive.

The answer may lie in the fact that school districts buy buses with far more range than they need to complete a single shift. We don’t know why they are doing this. In theory, you can size the battery exactly to the worst change you’d expect. (Because it is optimal to use the 20-80% range of a battery, that means to go 30 miles you might get a 80 km bus.) Wear and tear on the whole pack – but this is only modestly useful as it adds extra weight which costs the range.

Some of the buses in the fleet will have to make longer trips, such as special school trips, and will need more range. But only some of them. Despite this, Ridezum reports that many school districts are buying buses with a range of 120 miles, even though the lag is only 30 miles.

This explains the opportunity for V2G. The bus will leave fully loaded for the afternoon shift and still have all of its extra energy to sell. Grid surges rarely happen by surprise – weather forecasts tell you they will happen. Thus, the bus will recharge to 100% in the morning (normally, you avoid going up to 100%) and will sell electricity at 5 p.m. on the way back. Morning electricity can cost 10 cents / kwh and sell for between 30 and 60 cents during a big increase, which makes economic sense. This prevents the electricity grid from having these peak power plants.

Another useful attribute is that most school buses are not used much in the summer. They do not work shifts to get children to and from school, although they may be hired for other duties. Those who are not can devote their entire battery to V2G, buying electricity at the cheapest time and reselling it at a profit and helping the grid.

While Ridezum does not yet support it, the real profit comes if you are able to sell highly specialized power waveforms to the grid, instead of the basic sine wave. One of the big problems in the network is that some loads, especially large motors, phase out the AC wave of current with the voltage wave. This is called the power factor, and it can erase the network if there is nothing else to put things back in phase. Battery storage can do this job well, and it’s worth a lot.

In addition to all this, the buses can also feed the depot where they park, if that depot has high demands (maybe it is adjacent to a school or school board.) In this case, the bus becomes much like a Tesla Powerwall battery, capable of arbitrating the price of electricity (storing it when it’s cheap, releasing it when prices are high) and even providing backup during a power outage. You can even park buses in schools just to get this feature. It also helps the grid naturally without selling electricity to it and can be more lucrative.

The cost of solar panels is now so low that they are the cheapest type of power plant to build. No one will build more coal or gas power plants when you can build solar cheaply, except for the problem that solar only provides when the sun is shining. That’s why people want storage. We will build enough solar power to meet all of our needs (in addition to our nuclear and hydroelectric needs) and more, and it will produce far more than we need in the morning. The hydro will shut down but we still want to store solar energy this morning. We will put it in cars for driving, and maybe also for V2G later.

V2G will likely only be used on peak days – those hot summer evenings when the air conditioners are running at full blast. This is when these buses could sell their electricity. You don’t want to plan to sell your electricity every day. In this case, the batteries should simply be stored on the network and should not be car batteries at all. But on days when the choice is car batteries or a gas power plant, batteries might make sense. (On really bad days this old gas power plant can work. Of course, it emits CO2, but it’s okay to use it a few days a year. The problem is the cost of its maintenance to keep it running. can be used so infrequently.)

The larger app can simply charge cars in the morning rather than at night. As EVs take over, they will become one of the biggest consumers of electricity. That morning solar surplus, caused by massive afternoon solar build-up, is the perfect time to recharge them. Right now, the ideal time is at night, when demand is lowest. If it passes in the morning, that means the cars must be plugged in somewhere between 9 a.m. and 2 p.m. to receive this power. At night, the cars are at the house and they plug in. In the morning, a lot of cars are not at home and we will need traffic jams in employee parking lots, garages and even some curbs. Simply controlling when cars are charging to match network supply and prices is a powerful enough idea that some people call it V1G – a simpler version of V2G, but involving nothing other than recharging. cars at the right time.