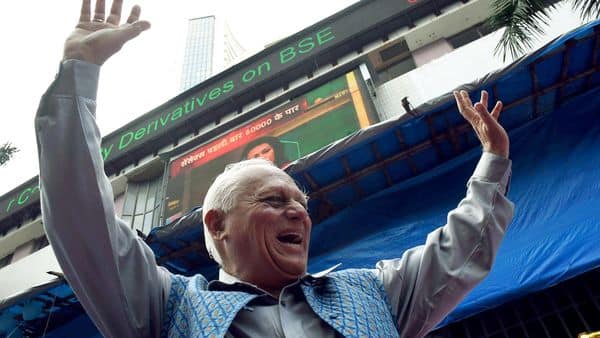 Despite being caught in the crossfire, Indian markets are encouraging investors

Markets around the world have had an exciting week due to the underlying influence of commodities. Since last year, commodities have experienced a cocktail of price fluctuations. What started in April 2020 with the price of WTI oil turning negative for the first time in history has now swung 180 degrees, with oil prices reaching their highest level since November 2014 after OPEC + chose to stick to its production plans.

Natural gas has skyrocketed, as has coal to record highs as the country faced shortages. These factors led to an energy crisis that set off a chain reaction. Metals, especially steel, which have already risen, could see a further increase due to rising energy costs. The costs of cotton, sugar and coffee were pushed up by bad weather and shipping bottlenecks. The Bloomberg Commodity Index, in fact, hit an all-time high this week.

Due to the current crisis of unchecked supply and demand, soaring commodity prices are stifling growth and squeezing corporate profit margins. And the only way out for now is to pass the increased input costs on to the end user. Commodity-oriented industries such as auto, cement and paint manufacturers have already taken the first step. Additionally, the price of LPG cooking gas was hiked by Rs. 15 per cylinder on Wednesday, while gasoline and diesel costs rose to record retail rates. And this model is also expected to continue in the future, which might not be good for the end consumer.

While rising commodity prices benefit a few, their volatility and spillover effects are certainly a concern for many as markets suffer. Investors are on the alert as the supply-demand imbalance deepens, fearing inflationary pressures will stifle the recovery. This is causing concern, as policymakers may be forced to consider rate hikes earlier than expected to counter rising inflation. When evaluating companies for investment, investors should consider these factors.

Event of the week

The RBI MPC mirrored the tone of the FOMC to keep its benchmark policy rate intact. The dovish position on reverse repo rates is maintained for the eighth consecutive time, which also bolstered the previous two inflation figures which were below the upper bound of 6% and led RBI to lower its forecast for inflation for FY22 from 5.7% earlier to 5.3% now. However, this time around, the committee’s approach appeared like a manual, with cash management as the first checkbox on their agenda, followed by an increase in reverse repurchase agreements. Going forward, if the Fed’s tone in November is as expected, December could be the time when the RBI begins to close the gap between reverse repo and reverse repo rates.

After increased volatility seen last week, the Nifty50 index closed positively for the week. The index managed to bounce back to support around 17450 levels after making a doji candle. Although Nifty is still trading overbought, it has not seen a significant correction. Even the major global indices have started to find support after a slight correction in prices and weather. The S&P 500 Index over the past month has corrected almost up to 6% and now finds support around 4270. Traders are advised to maintain a bullish bias going forward, but should remain vigilant for any break in the newly established support in global indices. Any breakage can also trigger weakness in Nifty. Support and resistance are now placed at 17500 and 18050.

The expectations of the week

The FY22 second quarter earnings season is expected to begin next week, and large-cap IT companies will release their results first. IT stocks in India have seen a strong uptrend over the past two weeks, driven by expectations of increased transactions and strong hiring that could continue the growth momentum. In addition, the depreciation of the rupee also helped keep IT stocks in the green. But macroeconomic data on September CPI inflation, manufacturing and industrial production could drive the index’s price for most of the week as markets continue to consolidate in their narrow range. Nifty50 closed the week at 17,895.2 up 2.07%.

Why it has increased dramatically this week