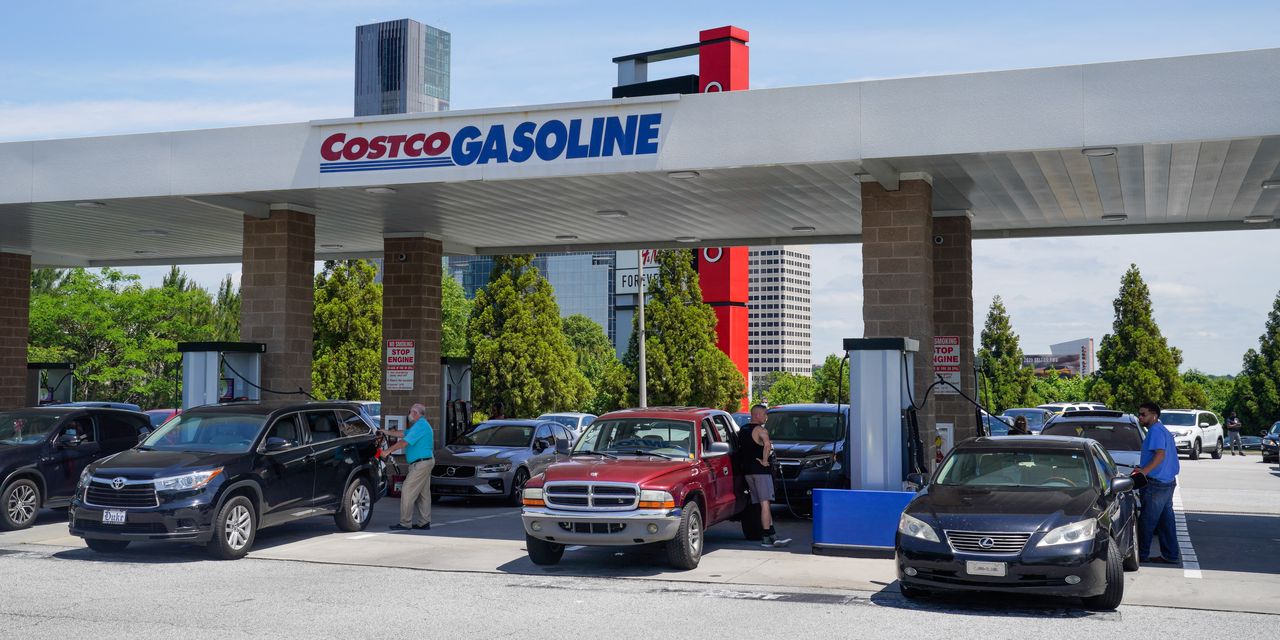 Wholesale trade is booming in the gasoline industry, offering its members material savings that one Wall Street analyst has estimated at 37 cents per gallon. This comes at a time when prices have soared to a record $5 a gallon.

Costco Wholesale (ticker: COST) could sell $30 billion worth of gasoline in its fiscal year ending August, including about $25 billion in the United States, according to Richard Galanti, the company’s longtime chief financial officer. The company sold a total of $17 billion in gas in fiscal year 2021. Outside of the United States, Costco’s largest gas market is in Canada.

Significantly higher gasoline sales this year reflect higher prices and volumes. The company is one of the nation’s biggest gasoline sellers, selling about 17 million gallons a day, or about 5% of the U.S. market.

During Costco’s recent earnings conference call on May 26, Robert Nelson, the company’s head of investor relations, said Costco had seen a percentage increase “from high teens to low 20s.” in gallons sold, versus an industry average of 1% to 2% growth.

The warehouse club has become one of the nation’s most successful retailers due to its lowest prices on high-quality groceries and other staples. Gasoline is part of this value proposition.

Nelson said Costco customers, who pay $60 a year for a basic subscription, could save up to $1 a gallon compared to gas stations. That’s probably an extreme saving compared to high-priced retailers. An April survey by

At a Union, NJ, Costco station last Thursday, the savings were less, at 16 cents a gallon. Costco was selling regular gasoline for $4,839 per gallon, compared to $4,999 at local branded gas stations such as

“Gasoline is an important, but not the only, driver of Costco’s loyalty and traffic growth,” said Greg Melich, retail analyst at Evercore ISI. Barrons in an email. Gas could account for 14% of Costco’s sales this year, up from 9% in fiscal 2021.

Shares of the company, at $463, have come under pressure in recent weeks, along with those of other retailers, falling 24% from a high of $612 in April. But the stock boasts one of the highest price-to-earnings ratios among major retailers, at 38 times current year earnings forecast, double the multiples of Target (TGT) and

The high P/E ratio reflects Costco’s continued strong sales growth, high member loyalty and a wide moat around its business due to ultra-low prices. The company scored during the pandemic when consumers stocked up on essentials, and it has maintained that momentum with members now hungry for savings as inflation pinches household budgets.

“Gas is the ultimate high-volume item that runs really fast,” Costco’s Galanti said. Barrons. “For 100 people who fill up, about 50 come to do their shopping. We recognize that most of them aren’t additional stores, but even if it’s one or two, it’s significant. »

The average gas station in the United States receives a fuel delivery every eight to nine days. “We change our gas almost daily. In fact, some gas stations fill up three or four times a day,” Galanti told Barron’s.

That means tankers have to go to Costco stations on average once a day — and more often for high-volume stations — to refill underground tanks. A tank of gas at a gas station typically holds 30,000 to 40,000 gallons. Galanti said some Costco stations have six bays with four pumps each. When Barrons visited Union Station, NJ, Costco, tanker unloaded gasoline while members lined up at pumps.

Costco’s membership renewal rates continue to climb and reached a record high of 92% in the last quarter in the United States and Canada. It has 64 million members.

“Costco’s extreme value offering is more attractive than ever in an environment of widespread inflation, with a high-income, core shopper who can afford to spend,” Melich wrote recently. It has an outperform rating and a price target of $540 on the stock.

Costco had 636 gas stations worldwide at the end of its last fiscal year. In the United States, about 90% of its 574 warehouses have gas stations. The average Costco gas station sees over 2,000 customers a day who buy an average of about 12 gallons per visit.

If a member buys 500 gallons of gas per year, that’s a savings of $175 at a 35 cents per gallon spread over gas stations. Even if a member buys 250 gallons per year, gasoline alone can make a $60 annual membership worthwhile. “If you live in an affluent suburban enclave with two gas stations, you save more because they’re really close to your heart,” says Galanti. He adds that Costco gasoline is of the same quality – Level 1 – as the product of brand name gas stations.

Costco, contrary to some speculation, does not sell gas below cost. Galanti says the margin is lower than the company’s overall gross margin, which was around 10% last quarter. Scot Ciccarelli, Analyst

estimated that Costco’s gas margins are in the middle of the numbers.

Costco has had some of the strongest results among major retailers, as consumers flock to its stores for rock-bottom prices on groceries, gasoline, paper products, clothing, wine, books and unexpected bargains. It creates a treasure hunt atmosphere.

Costco’s same-store sales in the United States in its quarter ended in early May rose nearly 11% excluding gasoline and 16.6% including it. In contrast, same-store sales at Walmart and Target rose about 3% in the latest quarter. Costco’s earnings per share rose 11% during the period.

Costco is able to turn a profit with probably the lowest gross margins in the industry. Walmart, on the other hand, is about 25%. This reflects Costco’s lean cost structure, warehouse format and minimal shoplifting. Costco makes the bulk of its profits from membership fees, with stores operating with just a 1.5% operating profit margin.

Costco’s low profit margins – nothing is marked up more than 15% above cost – make its prices nearly impossible to cut profitably for rivals. This has created one of the best business models in the retail industry.

“Exxon made more money than God” – but much less than Apple

Overview of the Global Window Coatings Market to 2030 –