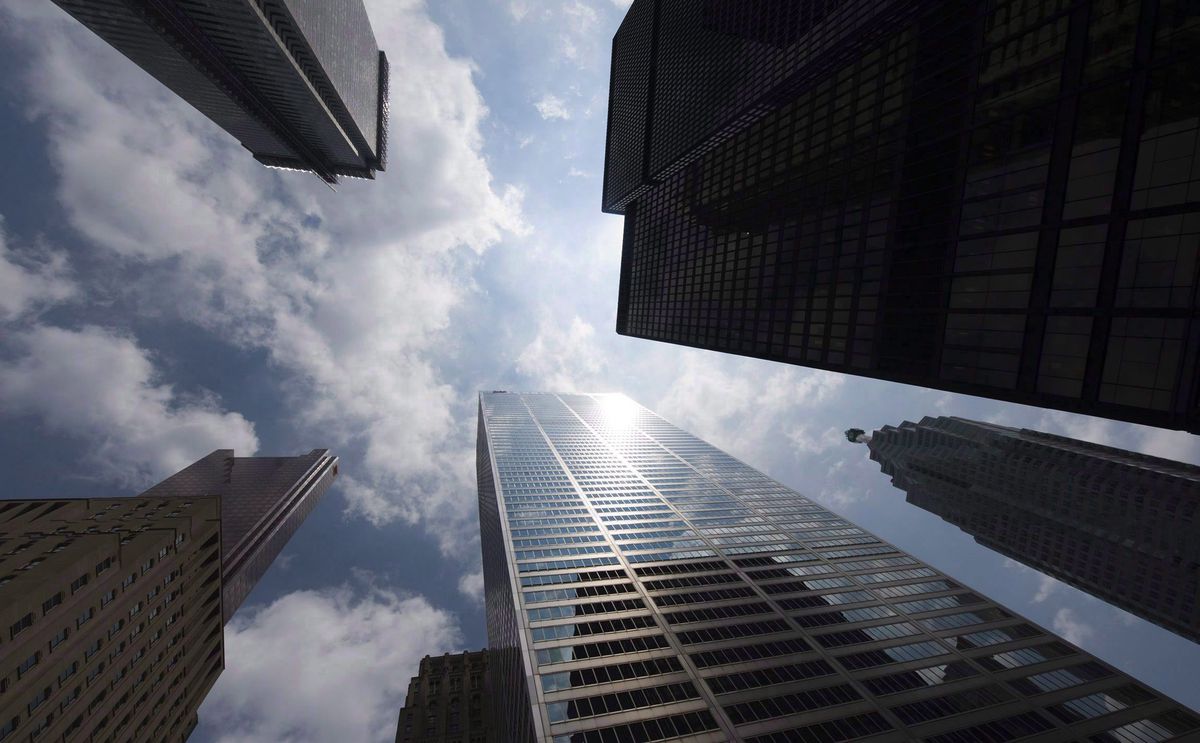 Canada’s big banks are struggling to contain rising costs that could eat into profits as they face pressure to maintain revenue growth amid growing economic malaise over the impact of inflation and rising interest rates.

On Friday, National Bank of Canada wrapped up a strong second-quarter earnings season for the country’s major banks with an 11% increase in profits, year over year. Montreal bank revenue rose 9% for the quarter ended April 30, with higher loan balances and fees as consumers and businesses spend and borrow more.

But the bank’s spending rose 8% as it hired staff, increased salaries and invested in technology.

Soaring spending leaves banks little room for error if revenue growth slows. Although banks have earned higher profits through most of the COVID-19 pandemic and fared better than many companies in other sectors, they are not immune to the high inflation that is driving up the costs.

Expenses rose 13% at Canadian Imperial Bank of Commerce in the quarter, compared to a year earlier, and 5% at Toronto-Dominion Bank, which included a 9% increase in costs for its unit retail banking in Canada.

Wages are a major force driving up spending, as the tight labor markets that have kept many consumers financially stable are also creating intense competition for talent. Investments by banks in technology to improve the customer experience and automate routine tasks, along with a surge in travel and marketing spending as economies reopen, have also made it harder to contain spending.

The impact of inflation “is pretty broad,” CIBC chief financial officer Hratch Panossian said in an interview. “You’re seeing impacts across various categories of the bank,” and the recent pressure on the bank’s costs has “been a bit higher than we expected.”

The struggle to retain employees is adding hundreds of millions of dollars to bank expenses, and the pressure is felt everywhere, from management and technology positions to staff in branches, call centers and back offices.

In mid-April, TD announced it would give most of its non-management employees a 3% pay raise in July, and RBC quickly followed suit, raising base pay for low-wage employees. . Last week, the Bank of Montreal matched those increases, promising a 3% pay rise for certain salary levels, according to chief financial officer Tayfun Tuzun.

“Wages and benefits will increase, inflation is high. Some expenses will naturally increase due to what is happening around us,” said Bank of Nova Scotia CFO Raj Viswanathan, who reported a 3% increase in costs in the second quarter. He predicted that these costs will increase more rapidly in the coming quarters, “but we have a number of levers that we use in this bank” to control them.

Mr Panossian said CIBC had “paced” some of its planned investments, “so we have already reacted and we have the capacity to react throughout the year”.

For now, loan balances are growing at healthy rates, although mortgage demand is expected to slow, credit card spending is increasing, commercial lending is strong and central bank interest rate hikes increase profit margins on loans. “It’s a good combination to be able to absorb that,” Ebrahim Poonawala, an analyst at Bank of America Securities Inc., said in an interview.

But if the economy does fall into a downturn, as economists increasingly fear, “I don’t think…these banks have a lot of levers to pull in terms of cutting absolute costs,” Poonawala said.

“They are like giant ships. … None of this happens overnight,” he said. “When you do this on all levels [salary] increases, there is very little room to reduce expenses.

In a call with analysts on Friday, National Bank chief financial officer Marie Chantal Gingras said the cost increases are “related to the growth of our business.” But she said the bank was looking for areas to cut as it had raised wages to keep pace in “a highly competitive environment” and increased spending in a range of areas including automation, cybersecurity and compliance. regulatory.

“The team is constantly working to identify and realize efficiencies in our spend base, especially in an inflationary environment,” she said.

The bank raised its quarterly dividend by 5 cents, or 6%, to 92 cents per share.

Earnings rose across the banking sector in the fiscal second quarter, with four of the big six banks beating analysts’ expectations by comfortable margins.

Royal Bank of Canada was the most successful in containing costs during the quarter, posting a year-over-year increase of only 1%. Still, the bank’s salaries were up 7% from a year earlier, “accounting for almost 40% of the increase in our more controllable costs,” chief financial officer Nadine Ahn said. Professional fees and higher technology costs accounted for another 30% of the increases, and marketing and travel another 20%, she said.

One of the reasons RBC was able to rein in costs in the second quarter was the weaker performance of its capital markets division, whose revenue fell 14% from last year’s high levels. This provides a “natural, built-in hedge” because it means the bank distributes fewer bonuses to traders and investment bankers, chief executive Dave McKay said.

Over the past two years, skyrocketing capital markets revenues have been “a great boon to positive operating leverage,” which is the industry term for revenues exceeding expenses, Mr. Poonawala. But while frenetic activity in trading, IPOs and equity issuances have declined this year – with quarterly capital markets profits down 26% at RBC and 20% at BMO, per example — “you see that pain,” he said.

Your time is precious. Receive the Top Business Headlines newsletter in your inbox morning or evening. register today.