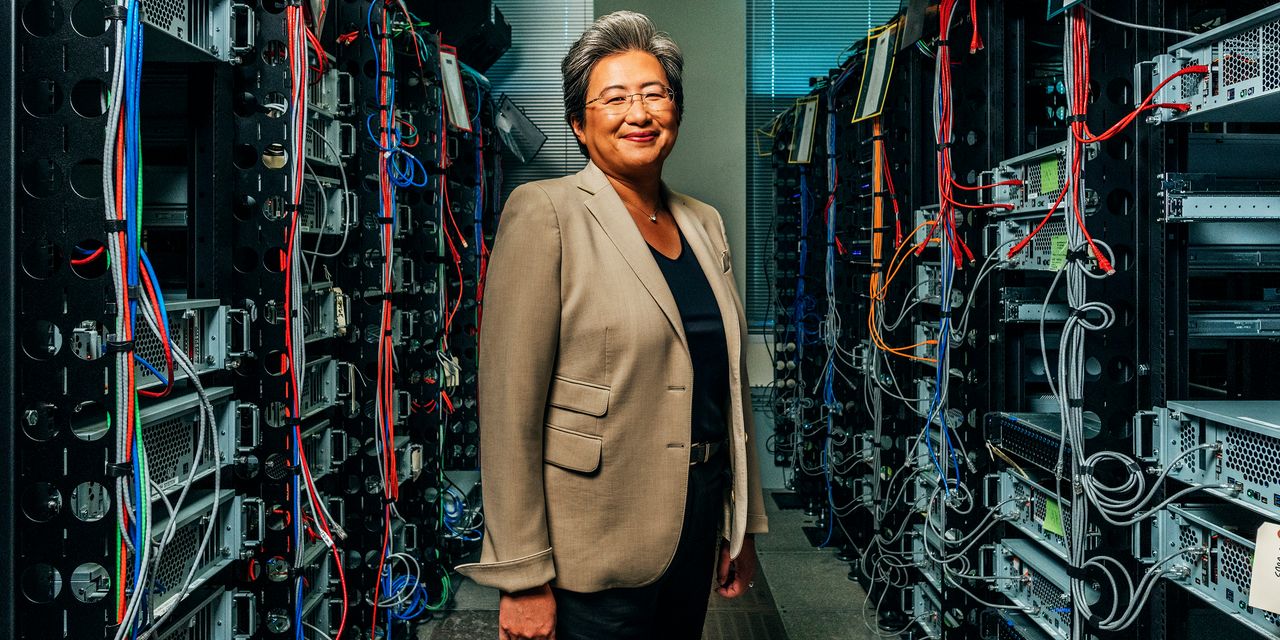 has become known for the flawless execution of its products. While rival

stumbled with repeated delays and disappointing product launches, AMD has consistently released market-leading chips on schedule, spending a fraction of Intel’s budget on research and development.

Su, 52, has been laser-focused on ensuring the company builds the capabilities needed to deliver on its promises, while managing the technology risks inherent in innovation. “When we commit to a customer, we have to deliver,” she says. “We have been able to do this over the past two generations, and we must continue to do so.”

AMD also delivered financially. The company’s sales grew nearly 70% in 2021, while Intel’s revenue was roughly flat. AMD also doubled its earnings per share, with free cash flow quadrupling last year. And in a world where many technology companies have grown without regard to profitability, AMD’s operating profit margin jumped to 25% from 17% the year before.

AMD’s run is set to continue. Su tells Barrons that the company’s next-generation server processor, Genoa, is set to launch later this year. She’s optimistic about her market positioning against Intel’s upcoming offering. “The data center is the biggest bet for AMD,” she says. “Genoa is a leader from a performance perspective.”

The same could be said of Su.